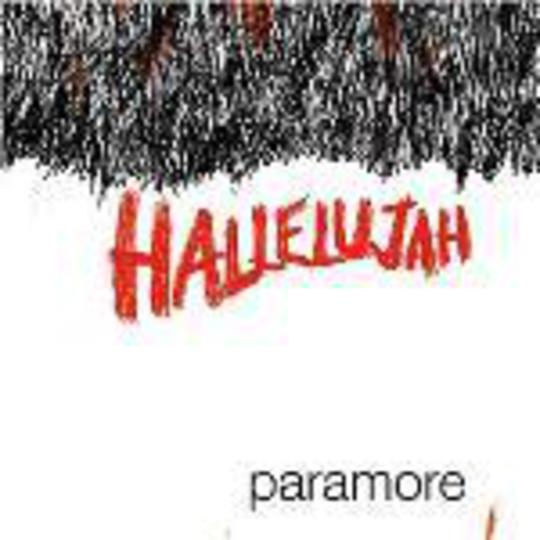 Objectivity: it’s the beating heart of journalism - at least that’s what was drummed into us at hack school. But in reality the act of impartiality is a fallacy; a mere blanket under which to cloak preconceived agendas, conscious or otherwise. That’s not to say all scribes set out to execute their subjects with venom-filled pens but, really, the fulcrum of good journalism is based on an unflappable commitment to the facts and the unique ability to wade through reams of pish [otherwise known as press releases] to get to the crux of a story.

Now, let’s apply this basic formula to Paramore’s new single ‘Hallelujah’. The Tennesse based quartet’s second LP Riot! breached the US Album Chart’s Top 20 earlier this year whilst also debuting at (the-not-so-insignificant) 24 over here. And with a smattering of sell-out September shows in Manchester, Cardiff and London it’s fairly safe to assume there’s a market out there for the group's sprightly brand of punk-pop tunesmithery.

But here’s the catch. Having splished and sploshed through three and a half minutes of Hallelujah’s urine-scented waters more than a dozen times, it seems this bile-invoking barrage of sound _IS_ the only story on offer. There’s no subtle nuance to sway you away from the juddering, ten-a-penny riff; nor is there any respite from the template-pounding drumming that shovels out a neanderthalic rhythm without energy or aggression. Essentially, this is chug-along Blink-182 by numbers - but rather than adding up, the figures perpetually divide every time vocalist Hayley Williams let’s out a Lil’ Chris-aping yelp.

So yeah, I’ve tried hard to be objective but having endured such torturous insipidity I think, in certain cases, honesty really is the best policy.