The Problem Of Knowledge 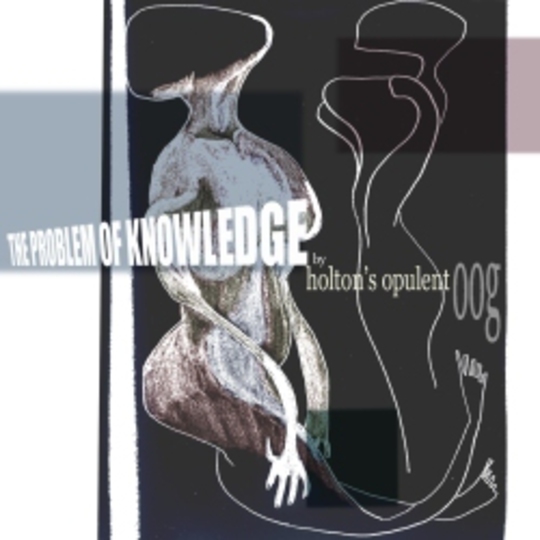 _The Problem of Knowledge _ is a subtle, but very alluring record. The core of its sound is dreamy alt-country, mainly based around the dusty, Dylan-like vocals, Spanish guitar and harmonica of the eponymous Holton. But more fundamentally, this is an album that contains classic songwriting pushed many ways.

The album varies greatly both in mood and instrumentation, from tunes that can only be described as touched by the hand of pop to songs that veer towards an old-eyed weariness at the world.

‘Into The Waves’ _ is as big and pop as music this folksy can get – who’d have thought a harmonica could be so joyous? _‘Hop’ meanwhile, which features Caroline Banks of Seafood on vocals, is a dark little violin-led tune and ‘Fountain of Hate’ is another breezy number interfered with brilliantly by lush, oddball electronic elements.

‘Oaki Room’ though, is perhaps the song that defines the album, Holton’s drawl, tight and simple Spanish guitar, and just a bit of ringing keyboards, drive along a song that’s sad-eyed, but filled with the hope of the morning.

This diversity of both form and content is what makes the record. The Problem of Knowledge is balanced well between warmth and melancholy, framed by both a classic songwriting ability and a lack of fear in pushing compositions that bit further. But perhaps most importantly, despite its laidback qualities, the music is strong enough for it not to disappear into the background.

The Problem of Knowledge is a quality album rather than an outstanding one, but it is still a record that really does seem worth investing in for great songs, and music which, despite latching onto many different moods, at the end leaves you feeling like you have listened to a cohesive whole, and one that stands up to repeated listens.