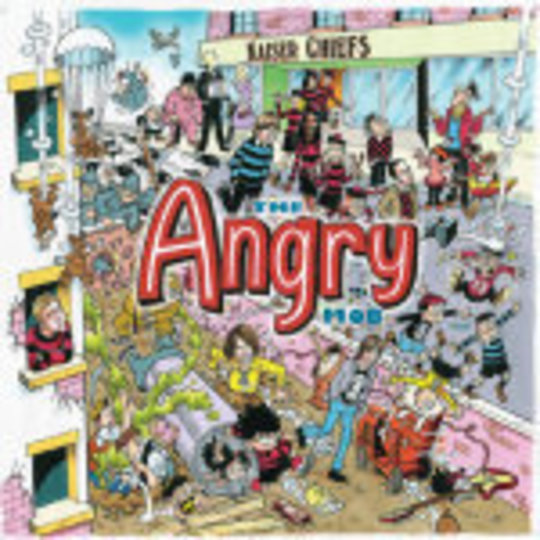 There was a time, many moons ago, when a Kaiser Chiefs record would come on the radio and you’d be able to grin and bear it. Nay, you even enjoyed it. Fast forward two years to the situation now, where “Ruby Ruby Ruby Ruby”_ times a hundred_ is drilled in ten times a day and ‘I Predict A Riot’ is the soundtrack to every TV program on ‘out of control’ teens. It’s hell.

And so to their new single ‘The Angry Mob’, a mediocre stub of retro indie pop that – despite their best efforts at social commentary – says nothing at all. The usual tricks are employed – the rhyming verse, the staple ooohs and ahhhs and some throwaway lyrics about the state of Britain, or something. At least the lyrics they’ve written this time show a little effort when they could have so easily kept in form with their other songs and simply repeated the title 20 times over:

"We are the angry mob, we read the papers every day. We like who we like, we hate who we hate, but we're also easily swayed".

Of course, praising the song for the sole reason that it’s not as annoying as their previous singles isn’t really praise at all, but there’s no denying that Kaiser Chiefs are very clever. They’re living testament to the fact that you can release any old shit in this day and age and still make millions of pounds. Bravo lads, bravo.