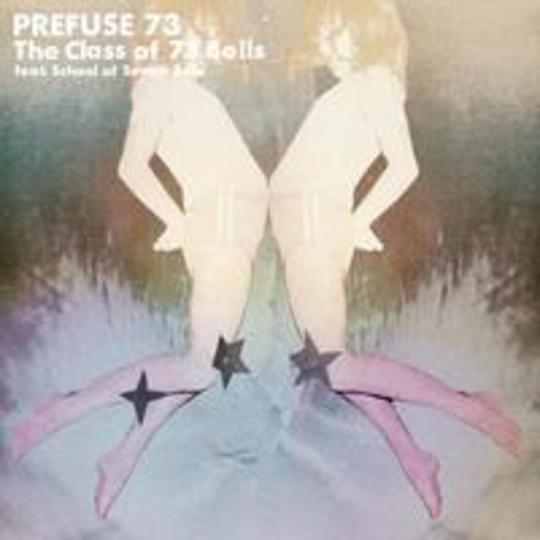 The idea of a Prefuse 73 ‘single edit’ is quite a puzzling one: just what do you remove from such a complex mix to make it more palatable for mainstream ears? Do you trim it time-wise and let a fade-out take care of the playlist business? (If you’re that lucky, or course.) Or do you cut some of the pasted blips and twitches from the equation to smooth the passage from underground to daytime consumption?

The answer: ensure nobody notices what you’ve done. ‘The Class Of 73 Bells’ may be shorn of almost two minutes in its single guise – a heads-up for the forthcoming Preparations LP – but it’s such a neat edit that anyone already familiar with the album version won’t notice anything untoward. A cool female vocal - two, actually, from twins Claudia and Alejandra Deheza (School Of Seven Bells) - glides atop shimmering beats and whistles and all manner of ambience-stirring malarkey; no other electronic artist truly captures a semblance of soul like Guillermo Scott Herren, to give our music-maker his true name.

Although the track possesses glitch aspects enough to ensure the average listener is in no doubt as to its architect, ‘The Class…’ is a far less-frenetic offering than its companion piece on side A of this 12”: ‘Smoking Red’, another cut from Preparations, finds Battles’ John Stanier delivering propulsive percussion ‘tween gaps in jerk-keys and stutter-coughs. And something that goes wheeeeeeeeeeeeeezzzzzz every few seconds. And a break for a vocal sample that only heightens the tension for those returning drums. It’s something of a mini masterpiece of its kind, and evidence that collaborations between artists divided by genre need not always be as over-egged as, say, Gallows and Bizzle.

A couple of neat enough, but less impacting, B sides round off what is a top-quality single release. Some might call it a return to form, but when your work is as free form as Prefuse 73’s, categorising compositions into ill-fitting pigeonholes – what is good and what is greater – is a thankless task. He’s never set a standard for himself, and as a result ‘The Class…’ finds Scott Herren boldly striding into fresh and vibrant musical territories only he can visualise.

Win! Tickets to Prefuse 73 at London's Scala on October 16, with support from Chrome Hoof (listing/tickets). Just answer this question:

Simply post your answer below and we will contact the winner via an internal DiS message. _SO_, you'll have to be signed up if you're not already. But y'are, right? The winner of a pair of tickets will be contacted by October 8.