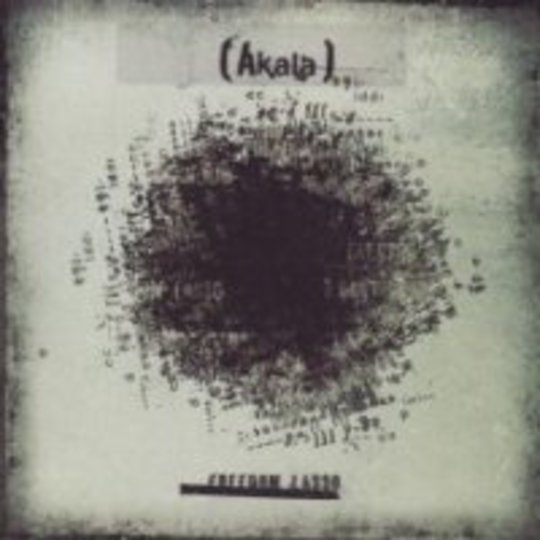 Aiming high is a fundamentally good thing in music, and it’s rather tragic that that needs restating. When the biggest selling artists of the day set their sights lower than their own graves by tackling such weighty subjects as wearing a pair of trousers for a certain period of time, or even condescendingly damning the listener to live and die in the same town, it’s hard to know where to start. So Akala’s second album is approached with a certain level of trepidation, as it’s fair to say that he might be known to the casual listener for one of two reasons.

Firstly, he’s Ms Dynamite’s brother. Secondly, he beat Kanye West to claim a MOBO award for best hip-hop in 2006. But considering Ms Dynamite’s slide away from musical relevance and the fact that the MOBOs are such a fucking joke (a ceremony that’s supposed to trumpet Music Of Black Origin being bereft of a soul category sounds like something out of a particularly vicious Chris Morris sketch), those aren’t exactly reasons to be cheerful.

And opening with the frankly horrendous ‘Electro Livin’ doesn’t help matters. The aural equivalent of a day-glo vomit stain on a Shoreditch side street, it feels like such an unfortunate parody of bad electro and even worse hip-hop that it’s horribly reminiscent of_ The Mighty Boosh’s self-conscious attempt at electro-pop. Quite what Akala was thinking when he super-glued this symphony of gash onto the front of what turns out to be a quite impressive record is anyone’s guess, but it doesn’t bode well. Thankfully, the title track and _‘Love In My Eyes’ don’t so much blow the cobwebs away as take a Bren Gun to them; the latter in particular samples a thudding Siouxie And The Banshees riff that underpins the track with a real sense of energy and anger to brilliant effect, suggesting that the risks Akala’s taking are paying dividends, seeing as Siouxie can hardly be expected to be in a casual listener’s immediate frame of reference.

Single ‘Bit By Bit’ is slightly more formulaic than you’d hope, as it sticks to an unadventurous grime template without really stepping too far away from its own boundaries. And ‘You Put A Spell On Me’ is supposed to be some kind of love ballad but ends up chugging along like a dirge rather than a tender ode. While Akala’s to be commended for at least trying to mix things up a little, the dips in quality when moving away from his zippy, wordy hip-hop suggest that more than a little refinement is needed in future.

But when he’s good, he’s pretty damn exciting. ‘Comedy Tragedy History’ namechecks more than a few Shakespeare plays in his attempt to label himself as the black Shakespeare, and while he falls short on that count it’s still the best track on Freedom Lasso by a country mile. With a violin line subtitled by a synth-driven bassline so grubby that were it a white van you wouldn’t dare write “Clean Me!” on it for fear of catching necrotising fasciitis, it cuts through the crap of so many sanitised hip-hop artists and manages to seethe with some excellently righteous anger. It’s the clearest indication that Akala’s more than simply talented, and while peers like the execrably dull say-what-you-see Example or the inexplicable current crossover Lethal Bizzle slide into the indie press, it’s Akala who really deserves your attention. This is a flawed album, but a very interesting one nonetheless.