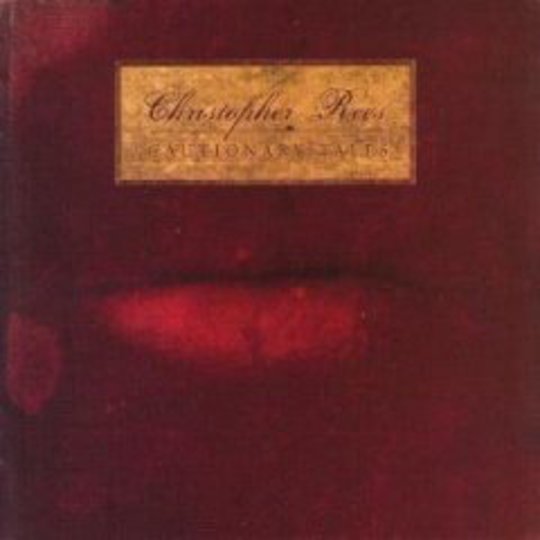 This third album from Welshman Christopher Rees is a collection of eleven songs that tour jealousy, infatuation, playing around (plus consequences), and a chronic dose of break-up misery. Drawn from both imagination and hard-won experience, there are lessons to be learnt here on matters of the heart that most of us, if we're honest, seem doomed to repeat time after time so, as its title suggests, its been put together as a kind of lovers' handbook.

As a common starting point, we'd probably all do well to heed the bon mots climax to the track ‘A Cautionary Tale’, that can't help but raise a smile:

"But just think twice before you kiss / she may be a mentalist."

Predominantly a country blues record, Rees hasn't stuck rigidly to the formula but instead let his songs call the tune. _‘Bottom Dollar’ cried out for lush Stax horns and a swelling string section, over an almost coquettish consideration of lover-versus-platonic possibilities. The song, a recent single, is a luxuriously emotional tour de force that further boasts duet vocals with none other than American country legend Victoria Williams.

Standing proudly within the murder ballad tradition is ‘Mary Lee’ where, as to be expected, a young naive meets a gruesome end. Rees' handsomely expressive voice coaxes his subject with heightened, flesh-tingling anguish over brushed drums and weighty resonating guitar. Then, with just banjo and finger clicks, the guilt-wracked violator's troubled mind weighs the consequences of his actions in the second half of the pairing, _‘A Sinner's Serenade’.

Often existing on a writing diet of slings and arrows to the heart, ‘The Calm Will Follow The Storm’ might be Rees' first ever uncomplicated love song and it succeeds with a sweet sincerity. Passion and conviction for all his subjects is the stock in trade for this intimate writer and whether we learn by his mistakes or not, Cautionary Tales is a rich experience.