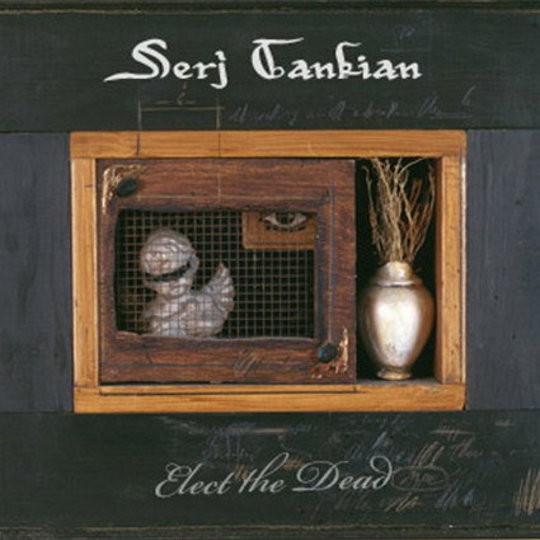 First up, a confession: when I was about 17, I quite liked System Of A Down. Their eponymous debut was a record I played a fair bit, and even now I'd probably still enjoy its highlights if a friend was to give it a spin.

Tastes change, though, and it's certainly fair to say a Serj Tankian solo record wouldn't top my Christmas list these days. The one that I find myself listening to now won't change that. It's not that bad an album - it's executed with all the gumption you'd expect from the SOAD mainman - but if you've heard any of the band's previous output you just don't need this in your collection.

Basically, then, it's System Of A Down-lite. Sure, there's plenty of bluster about opening track 'Empty Walls' but it's no more than a Toxicity out-take, with fast, overdriven guitars set against Tankian's scattershot delivery. It's even got that dual vocal trick SOAD do on practically every song.

The pattern continues. 'The Unthinking Majority' starts off like 'Prison Song' part two before morphing into something (anything?) from the first record. 'Money' starts in a more understated fashion before erupting into - you've guessed it - more hell-for-leather guitars and portentous Tankian vocals. Admittedly there are a few laid-back numbers towards the end (the title track, for instance) that deviate from the blueprint, but it's too little, too late.

The subject matter is somewhat familiar, too. Political sloganeering? Surely not. "Can't you see the bodies burning?", "We don't need your democracy", "Your not-so-gentle persuasion / Has been known to wreck economies", "Civilization is on trial" - we've kind of heard this before, Serj old boy. Oh yeah, it was on your other band's records. And it sounded pretty hackneyed then, too.

At least some of the song titles raise a chuckle: 'Honking Antelope'? 'Praise The Lord And Pass The Ammunition'?! 'Beethoven's C***'?! Don't, my sides are splitting. But then System Of A Down, and Tankian in particular, have always been over-the-top to the point of self-parody. That's okay in itself, but repeat the same joke for, say, nine years (SOAD came out in 1998) and it'll eventually wear thin.

Is it unreasonable to expect Tankian's solo work to be something of a departure from that of the band he fronts? I don't think so. Take Gruff Rhys' Candylion, for instance; an album that takes a particular facet of the Super Furries' oeuvre and pushes it to an extreme. Thom Yorke's Eraser does likewise, building and expanding on Radiohead's long-time preoccupation with electronica. You can't necessarily imagine those songs working so well in a band environment but as solo endeavours both were, in this writer's opinion, unqualified successes.

Tankian's Elect The Dead, on the other hand, pales in comparison due to its author's inability to leave the day job behind. After five SOAD albums, you'd think he might want to try something new. But you'd be wrong, because this is pretty much the sixth in the series. Mezmerize, Hypnotize... Lobotomize?