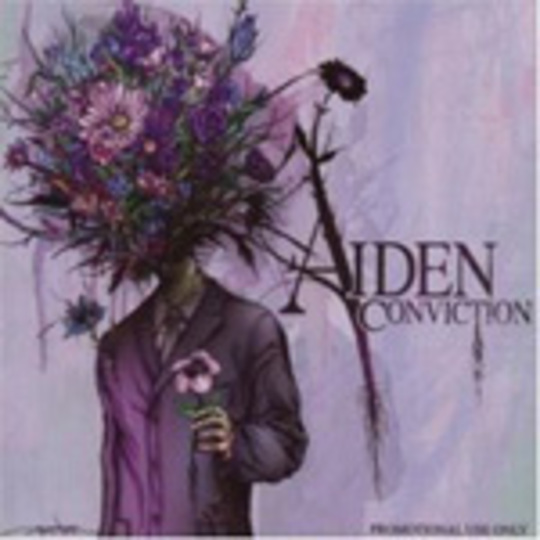 Sonic Youth’s Kim Gordon recently said in an interview, “At any given time, there are levels and degrees of what’s commercial. Emo shows that, with whiney-voiced men making money off the fact that they’re baring their souls, when of course, they’re not”.

Cast your eyes over Seattle’s* Aiden *and you’ll find five young men who, with their well-placed tattoos, a healthy dose of eyeliner and a love of sharing their emotions via the time-honoured route of lyrical clichés (“I will wait for this moment / when our lips collide / it almost stopped the earth…”), look and sound like they’ve just stepped off the mass production line of the modern day American emo factory that Gordon rightfully derides.

All of this, of course, begs the question: is this really what’s become of a North American punk(ish) scene that once had roots in early hardcore and eventually thrust a band like At The Drive-In into the eyes of the mainstream for an all-too-brief spell? Apparently yes if you take a look at its current popularity in the States.

The five sensitive punks in Aiden are making their mark on the scene by claiming to play a mix of rock, goth and punk mired in dark emotions and writing things like “Hell is a nice place to visit” on their MySpace to prove their point. Frontman wiL Francis even goes as far as saying that new album Conviction is “about loving the darkness that will destroy you, it’s about tearing yourself apart from inside”.

It’s all quite deep and profound stuff from the sound of it, yet press play on Conviction and what you find is a worn-out collection of plodding, heard-it-all-before tunes. Songs like ‘Teenage Queen’, ‘Hurt Me’ and ‘She Will Love You’ take a shallow stab at expressing the ‘inner darkness’, but they’re nothing more than mildly laughable numbers best left heard in the background at retail outlets of US mall goth/punk outfitters Hot Topic. And no matter how often this band play off their goth-obsessed punk credentials, all they prove with Conviction is that they’re second tier members of a new poodle rock scene – albeit one that prefers black hair dye to hair spray and would rather regale us with middling diary entries instead of Jack Daniels-fuelled tales of late night debauchery.

If there’s one fact about Conviction that’s sure to bring a tear to the eye though, it’s this: these boys are likely to sell a lot of records. Tragic, isn’t it?