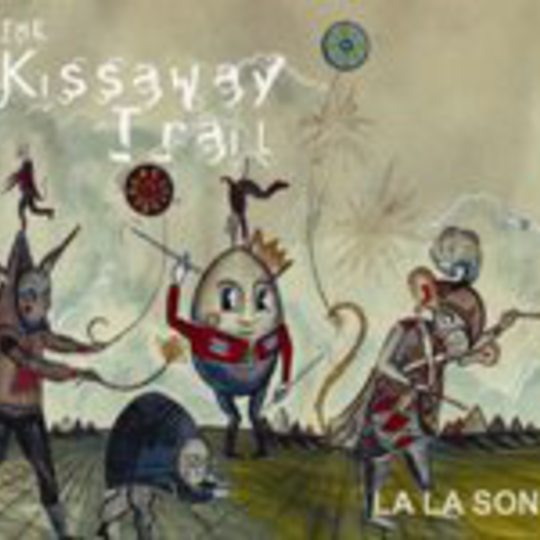 More than half the reviews I read about Denmark’s The Kissaway Trail feature comparisons to Arcade Fire, as for whatever reason they have become a benchmark for comparing everything built on more than two-and-a-half chords. While any one band could veritably sound like any other if the reviewer wanted them to, I find no worthwhile similarity between ‘La La Song’ and anything recently released by the aforementioned Canadians. Yet, this means ultimately nothing: Arcade Fire are great, and so are The Kissaway Trail. But they are different; peas of a different pod, distant musical cousins rather than estranged brothers.

‘La La Song’ is the most unique tune on the band’s more-often-than-not interesting debut, despite its quaintly childish title. It floats between melancholia, ethereality and punchy melodic ardour, coming off as a cross between the reverb of Band Of Horses and the jagged rhythm of, say, Bloc Party. It is more melodic than most fare being offered up lately, and it excels because of it.

Furthermore, a new track entitled ‘Promise in Tide’ and an acoustic version of the title track add to the power of this single by complementing its strengths. ‘Promise in Tide’ is a simplistic Britpop ditty brought from the clouds that weaves through horn accompaniments and waves of reverb, while the acoustic track is, dare I say it, the most Arcade Fire-y of the three, which of course is not a bad thing. Together the three songs make up a good punch, one with enough booze in it to make you cry while retaining enough wits about it to assert that crying about_ whatever _is actually okay.