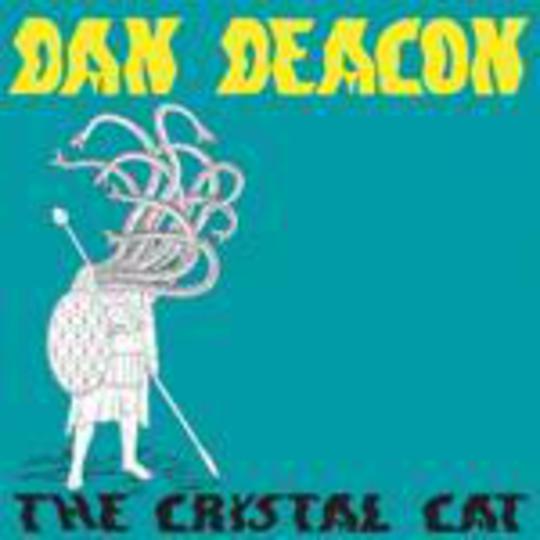 Jabbering away, Dan Deacon sounds disturbed, in need of an escape, curled up on the floor locked in a state of deranged childhood numbness. Following Spiderman of the Rings, the Baltimore oddity is found in one of his more accessible moments on 'The Crystal Cat'. That means nothing. As an understated drone descends into a bout of erratic electronics Deacon's disorientating helium-induced vocal comes to the forefront and is every bit the suffocating sugar rush you would expect.

Unapologetically incessant, contentedly numb-skulled, Deacon has come to stand as Wham City's anti-frat party scene's lynchpin. That Deacon and his associates (from Monitor’s Videohippos to Ecstatic Sunshine) know how to throw a party seems unquestionable, but it's difficult to divulge whether there is any merit to this child-minded cola-sipping neon-clad nonsense. For the moment it all adds up to contribute to Deacon's unwitting charm. Admittedly it is live where Deacon comes into his element, as gurning grin and sweaty palms grasp at his makeshift soundboard, but this sherbet-coated shindig remains compulsive. Acts like Deacon, when forced down the neck, ache and taste sickly. Left to sit in the skull after months of cynicism, this becomes something of a guilty pleasure. Hide the milk and stunt his growth.