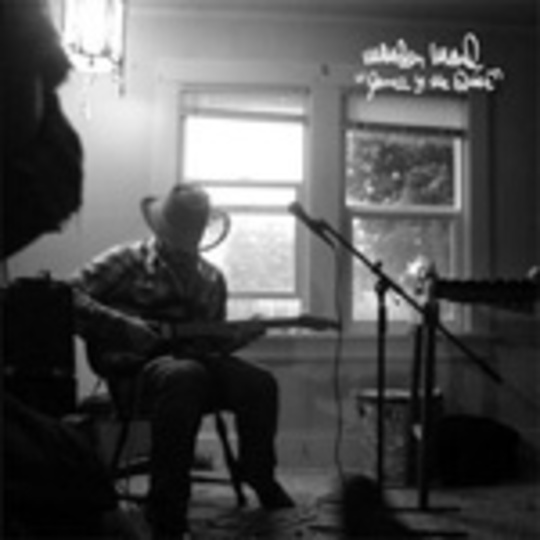 Let’s get some things clear from the off. The name of this album is James & The Quiet. The album is by Wooden Wand. Wooden Wand is James Jackson Toth. James has fronted Wooden Wand and the Vanishing Voice. Vanishing Voice is a band in its own right. But this is a Wooden Wand album. Okay, I think we’re clear now. If anyone wants to clarify what I’ve just written please do click right here, and James will clear up any residual confusion. Right, then…

Recorded with alumni from Vanishing Voice and including guest turns from Sonic Youth's Lee Ranaldo (who also produces) and Steve Shelley, this is perhaps the most realised and accessible release from Toth to date. The vibe then is unashamedly ‘getting it together’ in the country with friends, with Toth stretching his Texan vocal chords over a succession of laments, backed ably on several tracks by his sister Jessica.

Album opener 'The Pushers' is all dark Americana and Duane Eddy-twanged guitar. We're not a million miles from the Devendra/Vetiver nexus here, but Wooden Wand’s take is a lot starker and threatening than any West Coast cousins, a feeling evident as Toth sings “I'm a dizzy honey bee in a bucket of tar” on the aptly named 'In A Bucket'. If there's a saccharine sheen to this album it's masking a serious blackened heart. Album standout 'We Must Also Love the Thieves' shares the same lazily stoned shuffle of prime Neil Young circa 1975’s Tonight's The Night album, with Toth intoning a plea for understanding to outsiders everywhere._ 'Future Dream' is a two-chord Dylan-esque parable with Isis, Odin and Thor each making an appearance. _'Spitting At Cameras', meanwhile, is two minutes and ten seconds of country blues that wouldn't be out of place on any of the last Johnny Cash releases.

We're led out with the waltz time_ 'Wired To The Sky'_, an achingly beautiful piano and guitar ballad that recalls Mark Lanegan at his most resigned.

This is a superbly rounded batch of songs which benefits from Toth taking a trip down the classic rock country road. Bring on the live show is all we can say. He's stepped up to the plate with this collection, and if 2007 has seen the third (or is it fourth?) Summer of Love postponed due to bad light, this is the album to ease us warily into a mellifluous autumn.