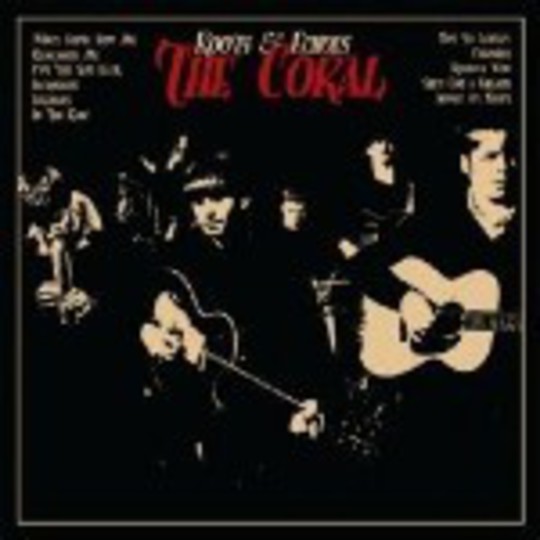 Long forgotten by some and accused of being way past their sell-by date by others, may I be the first person here to say that I'm actually looking forward to a new album by The Coral. Call me misguided, blinded by loyalty or just plain deaf, but no-one can deny that in the six years since the groundbreaking 'Shadows Fall' first popped out of the racks amidst a clutch of heavy rock wannabees (remember Andrew WK anyone? Thought not...), they've created some of the most innovative, imaginative sounds around whilst taking the commercially suicidal route of retreating ever further into their experimental guise.

Sometimes, it has to be said, too much, as 2004's largely unlistenable between-albums venture Nightfreak And The Sons Of Becker reaffirmed.

Nevertheless, there has in the main been a level of consistency in The Coral's work that very few artists post-millennium can adhere to, and even though they seem to be regularly cited as influences by rock and roll royalty both past (Oasis) and present (Arctic Monkeys), their record sales don't quite match the critical acclaim.

Onto Roots And Echoes then, and album number four in the grand scheme of things. For starters, the band chose to get away from their regular surroundings by the Mersey for the rural and infinitely more tranquil settings of Noel Gallagher's studio in the leafy glades of Buckinghamshire. Ditching long term producer and associate Ian Broudie in favour of Magic Numbers recent knob twiddler Craig Silvey may have seemed a good move at the time, particularly for a band who seem to be embarking on a period of re-discovery. However, what this also ensures is that a lot of The Coral's trademark eccentricities find themselves watered down and flushed out into over-sentimental ballad territory. A sign of a band reaching the final stages of puberty, perhaps, or just a case of running out of ideas and letting the producer take care of the rest? It's certainly hard to imagine even The Coral of two years ago that was churning out gems like 'Arabian Sands' being entirely comfortable with the likes of 'Fireflies' or 'Not So Lonely'.

But let's not be too harsh on them and concentrate on the positives instead, because inevitably there are several gems here to rival some of James Skelly and co.'s best moments. Most notable here are the delightful 'Remember Me', the nearest the band have got to the LSD-infused delinquency of their first album in half a decade, while the jaunty 'In The Rain' would probably be vying for the number one position with Rihanna in a parallel universe. Likewise 'She's Got A Reason' sounds like an homage to the band's influences from bygone days, as Doors-y keyboards collide with Zappa-like key changes while Skelly salutes "...the princes, the kings and more".

One thing that does seem omnipresent throughout Roots And Echoes is a feeling that all may not have been well at Camp Coral, both in and out of the studio. Although guitarist Bill Ryder-Jones has thankfully returned to the fold following his much-documented hiatus after The Invisible Invasion due to an unnamed "illness", his previously signature sound is for the most part redundant bar the odd casual solo. Similarly there also appears to be a feeling that woman trouble may have played its part in the creation of this record, as Skelly declares "I loved you from the start, how could you let this fall apart?" ('Put The Sun Back') before taking a "step into the dark with all the broken hearts" ('In The Rain'). Obviously this wasn't the easiest of records to make and sometimes that feeling of uneasiness seeps into the listener.

A patchy return, then, from a band whose prolific status never looked in jeopardy before. While it's good to have The Coral back, it's unlikely that Roots And Echoes will win them any new converts. Only time will tell if this record turns out to be their epitaph, which would be a shame, as The Coral of old would never have merely whispered in the face of adversity.