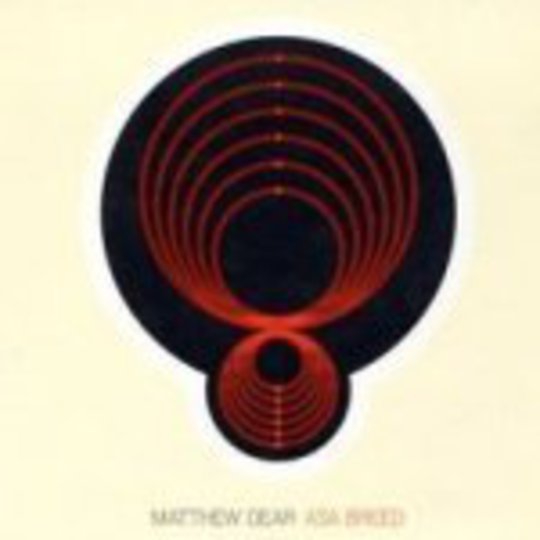 Try though I have to learn to love it, something about the already-acclaimed-elsewhere Asa Breed, the second album from Detroit-based artist Matthew Dear, just doesn’t click with me. While I can identify elements that flitter between likeable and Very Good Actually – the record’s pop core beats vibrantly throughout, as fizzy electro is poured atop its spherical form liberally and jovially – the effect it has on me is limited to the surface only. There seems, personally, to be little in the way of depth here; Asa Breed sounds like a highly-stylised piece of work designed purely to attract the right winks and nods.

Which, of course, should go against the most base-level reasons for making music, for making art, in the first place. A man of many side-projects, Dear’s solo guise finds him layering alien glitches and retro bleeps atop spinal arrangements that hark back to the days of Depeche Mode and New Order. There’s a very pure vein of pop running throughout these 13 tracks, and it never shies away from the spotlight of deconstruction. This simplicity – or, at least, an apparent simplicity – is greatly endearing, but as efforts like the opening ‘Fleece On Brain’, all bouncing-ball bass and chattering jump-rope jitters, and the echo-soaked ‘Elementary Lover’ pass by leaving precisely zero impression whatsoever, it’s hard to be truly moved by Dear’s efforts. Categorically not a bad album though it clearly is, it’s equally tough to be wholly swept away by these minimalist works, all thin sheets of noise draped across clear-and-present solid centres. Acoustic diversion ‘Give Me More’ is one of only very few blindsiding moments.

So, while the man’s reasons for making Asa Breed are obvious – after flirtations with techno and a number of remixes, it makes sense to retrogress to simpler, chart-friendlier material – it’s tough indeed to find enough pluses amongst its professionally-executed make-up to warrant a summarisation along the lines of: buy this immediately. With the dance/crossover market currently saturated by a series of renegade masters of post-funk – sorry – Asa Breed feels too lightweight to recommend without caution. It’s neither as ridiculously fun as Chromeo nor as primal as something like Simian Mobile Disco’s fiery debut album. It _is_ good from a technical point of view, but does it capture the heart in the manner that previous plaudits have proclaimed?

No, sorry. Try though I have to hear what’s had other writers conclude that this is a pop masterpiece, I admit my failure. I therefore wish you luck, and consider my opinion rendered.