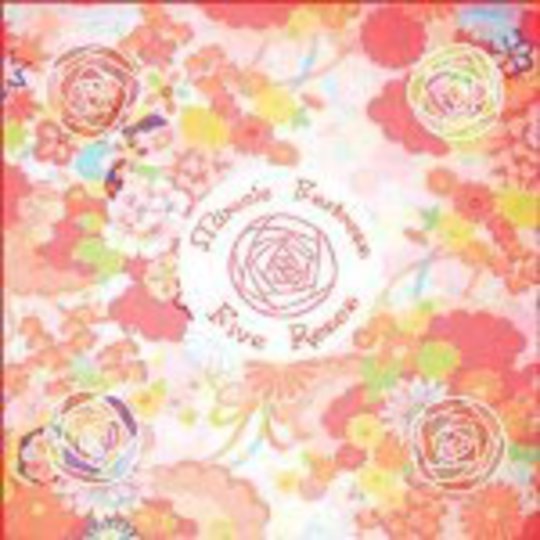 Already nominated for a Polaris Prize – the Canadian equivalent of the Mercury – much has already been said about the debut album by Montreal psychedelic popsters Miracle Fortress.

So it’s a disappointment to find that Five Roses is not the second coming of Kevin Shields, merely a pretty decent stab at a pretty, if heavily Beach Boys-influenced, psych-pop record.

There are many good moments on the album; indeed, there are some excellent ones. Five Roses starts well, with the fuzz guitars and Cure-esque keyboards of ‘Have You Seen In Your Dreams’ and the sweet Brian-Wilson vocals and swirling sounds of ‘Maybe Lately_’.

‘Hold Your Secrets To Your Heart’ is the finest moment of the record; a three-and-a-half minute swoon of fragility and child-like bliss. Even if it does sound suspiciously like Primal Scream’s ‘Keep Your Dreams’.

But there is no real consistency throughout Five Roses, and it tails off six or seven songs in. ‘Next Train’ is, in theory, a great song, but takes too long to reach any climax, and does so messily. There’s an art in sounding like you’re making music that’s not rigid or off the cuff, and it’s not quite perfected here. ‘Beach Baby’ manages to sound more like a broken-down ice cream van and drones rather than lifts; ‘Poetaster’ is a slightly clumsy acoustic number; and ‘Blasphemy’ once again fails to resolve itself before you find yourself twitching your finger over the skip button.

Five Roses is certainly not a poor album – it’s largely enjoyable, in fact – but it fails to inspire awe or create any sense of joy. It’s too slight, and too meandering; it neither contains the phenomenal intricacies and soundscapes of My Bloody Valentine’s Loveless nor the challenging fight of Sonic Youth’s Daydream Nation. It lacks the pop genius of Radio Dept’s Lesser Matters.

It is, in short, not quite what it could have been.