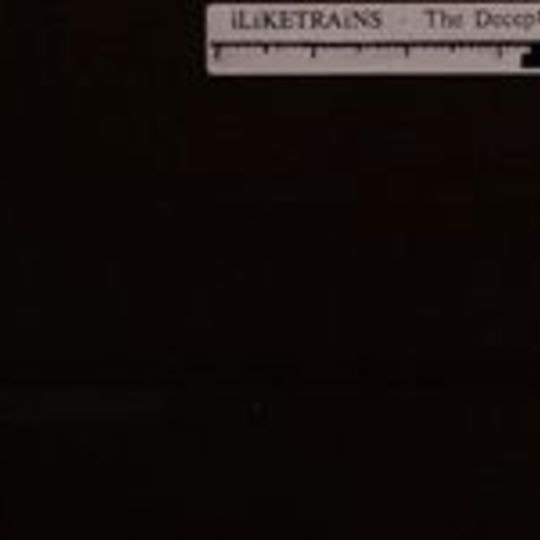 I love single reviews. Essentially they provide an opportunity for the normally chin-stroking critic to spaff off indiscriminately about who’s hot and who’s not in the fickle world of indie pop-dom. But with iLiKETRAiNS, I dunno, they just refuse to play ball.

Y’see, soundtracking the lives of obscure historical figures is one helluva weighty-sounding shtick, but with 'The Deception', the first single to be taken from forthcoming debut LP Elegies To Lessons Learnt, the post-rocking Leeds quartet have unearthed another gem. It’s the tale of one Donald Crowhurst, whose false accounts of a failed round-the-world sail attempt duped the world’s press into thinking he would win a globe-trotting competition, but even more weirdly led to his obsession with Einstein’s theory of relativity and a resultant thesis on the nature of man and God. Such a tale of sombre portent could easily some under fire for its po-faced meanderingness, but lent weight by David Martin’s dry, sumptuous croon, it makes a perfect kind of sense.

The titular deception is threefold, the first belonging to Crowhurst with his fabricated success stories. The second is God’s: Crowhurst’s belief was that life was an evolutionary stage whereby a man who realised the Truth could ascend to the status of a cosmic being; subsequently, he grew to resent God for concealing the Truth from him for so long. The third instance of deceit implicit in the title is Crowhurst’s self-deceit – he’d gone bonkers, naturally, and upon completion of his thesis is thought to have thrown himself overboard, his celebrity status in Heaven seemingly assured. Now, much as this might seem like so much pretentious twaddle to you and I (and Levi-peddling faux-grungers Stiltskin covered the same topic way back in 1994), it cleverly verbalises an implicit theme of the genre tradition, namely, man’s insignificance in the face of an infinite universe, and the power of the mind to twist the facts so that he feels master of his destiny once again: "If you feed them a line / they will take it and run / and who could blame them?"

It might not be their finest four minutes to date, but 'The Deception' unfolds assuredly with an air of unhurried drama. Setting themselves apart from an emerging generation untainted by the memories of an industrial past, iLiKETRAiNS light candles for the nearly-men of history and cast them adrift on the waves of uncertainty, and for that alone we salute them.