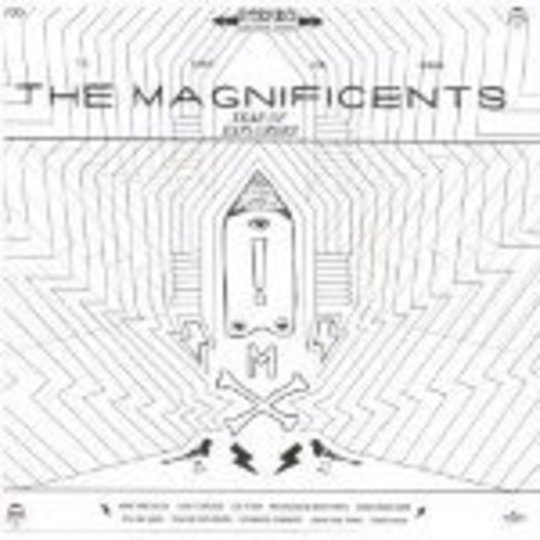 For a country supposedly entrenched in rich musical tradition, Scotland does a sterling job of allowing bands to slip through its fingers. Forgetting the post-Libertines heid-the-baw bile of The Fratellis or The View, the two most important acts north of Hadrian’s Wall over the past five years have come in the guise of Uncle John & Whitelock [UJ&W] and The Twilight Sad.

Sharing a predilection for visceral splurges of head-scything sound, both acts attempted to drag the guttural underground kicking and shitting into the nation's illuminated forecourt. But, much like a trendified pretty boy at a fresher’s ball, the country’s influential musical dignitary’s rejected such aesthetically unpleasing advances in favour of those more attuned to the requisite of its all powerful mother figure, the mainstream, leaving UJ&W to dissolve painfully under-exposed and The Twilight Sad seeking solace in the comforting arms of Brighton’s Fat Cat Records.

Fortunately, all was not lost – UJ&W’s raucous spirit is forever laminated in one majestic self-distributed record and The Twilight Sad are currently proving America’s not impervious to the sound of grime-ridden Scottish brogue – but the bypassing of talent in favour of sloppily contrived scenesterism remains resolutely intact. And having experienced The Magnificents’ sensor-bending second LP Year Of Explorers I fear these tartan-clad avant-gardes will forever dwell within the slime-ridden, sweat-seeping confines of Scotland’s urban underbelly.

Yet as the first churning synth-bubble slivers from album opener ‘Ring Ring Oo Oo’, you get the impression the Edinburgh-based quartet are quite content to linger in this bleak musical cesspit. Spewing out an unrelenting sprawl of bass and keys, the translucent disco-beat palpitating over a simple rhythmic hook echoes the sexed-up spirit of Tubeway Army cavorting wildly with Kraftwerk’s Trans-Euro Express.

Despite this floor-filling introduction Year Of Explorers remains true to its name, excavating every boundary in search of untainted destinations. The record’s turbulent nature suggests a band never fully rested; one that sleeps unnervingly with both eyes open as its mind deviates into the convoluted riff-ravaged pathways of ‘How Longs Gone’’s scintillating power-pop before scurrying onwards through the title track’s gothic lair of vampire-synths and javelin-spiked percussion.

Every listen etches out another modicum of excitement, another gasp of “where the fuck did that come from?”, and, while not a patch on Animal Collective’s striding dichotomy, seemingly straight-laced post-punk jerks like ‘Learn One Thing’ or the pounding ‘Tiger Choir’ uncover a sneering harmonic undercurrent that gnaws into you with the virulence of a rabies infested mongrel.

And that’s what lifts The Magnificents above their contemporaries. For all Year Of Explorers’ bombast its allure lies in the sharp melodic twists and gritty electro showers that scatter over each track like shards of shape-shifting shrapnel.

They may fail to hit the heights of some less-deserving locals but with such full-blooded aplomb The Magnificents should never be allowed to slip through the fingers of those who matter.