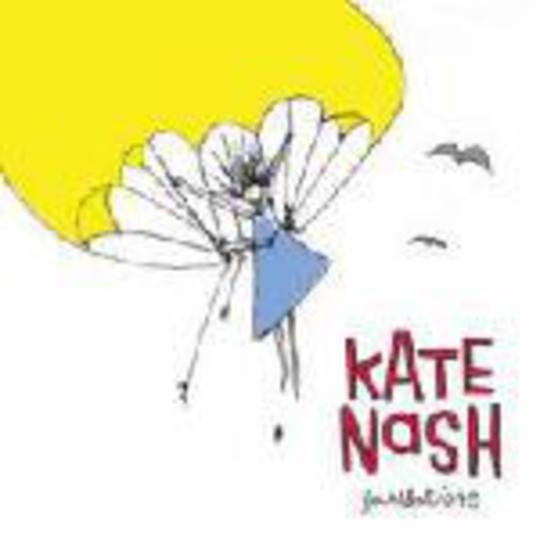 First impressions matter in music – as they do in most other walks of life. In my preparation for Primavera, half a minute of each and every act’s MySpace was enough to point me in, if not the right direction, then one of the best directions I’d ever followed at a festival.

Somehow, I’d never heard Kate Nash before today and first impressions are fine – twinkle-toed, ballet hall piano moves through pre-laid footfall, ‘Vicious’ guitar fizzes gently somewhere in the background and Nash's LDN throat is proper good company as the song builds through verse, bridge and chorus to its sour conclusion. It’s brilliant, well-crafted bubblegum pop – Lily’s chuggy clinging to a natty seat cover on Jamie’s ‘Northern Line’ or Jack handing his last stick to Adele. ‘Foundations’ is at once as familiar as your hometown’s twilight economy and as memorable as your teenage bedroom.

Much of the charm of the ‘LDN sound’ – I attempt to build no scene, but there is a ‘sound’, that much is undeniable – lays in the honest dialect refreshing charts stunk out and clouded by slick, stultifying R’n’B. This town’s sound is maturing into ubiquity, and it’s become possible to plot bloodlines horizontally; brothers, sisters, contemporaries, cousins all paddling in the same stretch of Thames.

There comes a time when it's necessary to lop off the dog's bollocks.

It pays to keep thinking, ‘cause what is this, really? Surely not just a blank cheque and a handshake for anyone with an Oyster and a friendly accent? Course, course, there’s credit due today for a girl that pre-dated Lily. But by the same token, Nash has been around too long not to know what she's playing at – here, at least, it’s route one, aiming for an empathy so plain that ‘Foundations’ bypasses the parts of your brain that think and heads straight for the memory cells. The territory it stalks is known; like the walk home from that hometown, twilight economy is known by the sore soles of your achy feet.

Thing is, bright-light streets are proper well tread at the moment, and you feel that the cracks in capital pavements are only going to widen. As tasty as this bubblegum used to be, it won’t glue those cracks for long. LonDoNe! Back to your bedroom. The air outside is growing close; the clouds are full of strife.

DiSclaimer: as a bad band once sang, _“the good will out”. You know the same can be said for this crop. Half a minute’s listening is all it takes to figure the ‘whos’ from the ‘who?’s._