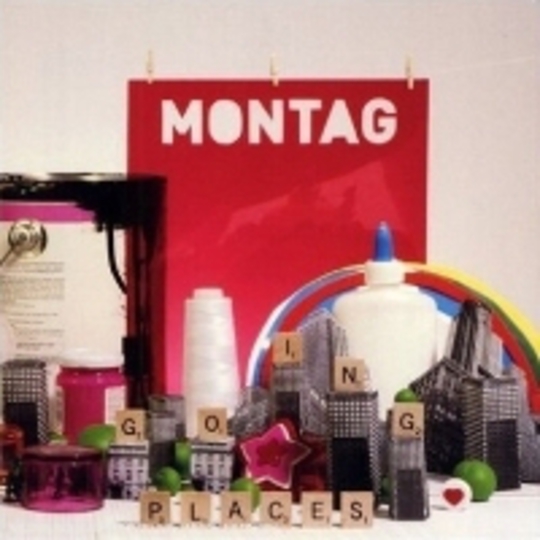 On his third album Going Places, French-Canadian Antoine Bédard, slightly better known as Montag, has enlisted quite an amazing array of collaborators, ranging from Paris-based stargazers M83 to Montreal's own violin-armed wunderkind Final Fantasy, with members of Stars, Beach House and Au Revoir Simone stopping by between takes.

With this you would, rightly, expect an album of heady, eclectic pop brilliance. Instead the twelve tracks than encompass Going Places amount to little more than a tiresome journey through alarmingly similar electronic-pop landscapes. Opener 'I Have Sound', a collaboration with M83, starts things off in a pleasant enough manner, with dramatic synth washes and nuggets of hushed electronics slowly building in a similar fashion to the Parisians’ recent Digital Shades (Volume 1), but past this there is very little variation in Antoine's meticulously grafted blueprints.

The biggest gripe is that for the main part the vocal and music contributions from the various collaborators do not mix with the stubborn structures they are added to. Particularly testament to this are the vocal contributions from Amy Millan and Victoria Legrand: powerful and emotive in their raw form, they sound out of place in their mother songs, and so inevitably offer no respite from the repetitive nature of this album.

At heart Going Places_ is an ambitious album, and with the right direction it could have contained some truly enticing music. But for too much of its 40-minute entirety there is a continuous treading of the same shallow waters. Antoine seems to be stuck between musical introspection and outreaching ideals, and whilst many a great album has been born of struggle here the only result is disappointment.