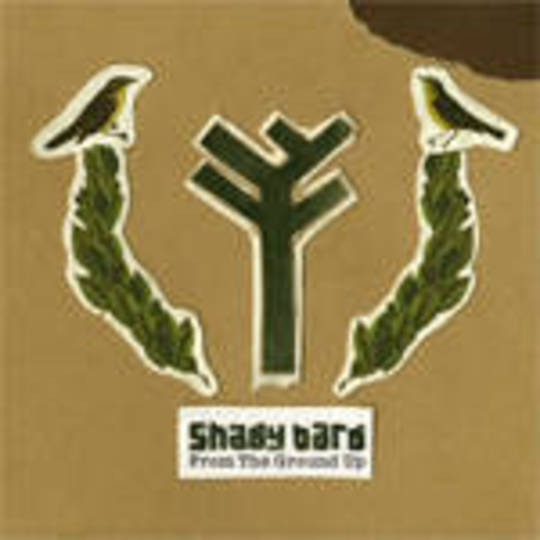 If 'punk rock' was more about morals and ethics rather than the music, then Shady Bard would be the genre's most ideal incumbents of 2007.

As I said, we aren't talking about musical scope or sensibilities here - which the Bard have in abundance - but the fact that they mean every word they say in their unmitigated stance about environmental issues, all the way down to the fact their merchandise and record sleeves are hand-crafted, often using recycled materials rather than mass-produced, plastic-coated casings.

Musically, of course, they're an entirely different proposition altogether. They’re most definitely not incompetent - which rules them out of the DIY punk aesthetic for starters - as all five members are classically trained, multi-instrumentalists of varying backgrounds.

Their closest allies in a musical sense are probably the likes of iLiKETRAiNS and Low, if only for the former's haunting melodies that veer between spoken-word symphonies and mesmerising soundscapes, and the latter for the evocative harmonies that echo those that spill out of the mouths of Shady Bard's Lawrence Becko and Jasmin Hollingum every so often.

Overall though, to actually compare Shady Bard, or indeed From The Ground Up, to any other band or record would be doing them a disservice. The word ‘original’ doesn't crop up that regularly when talking about new music these days, but clearly it is the first and foremost way of initially describing both the concept and ingenuity of this album and its creators.

From The Ground Up, to all intents and purposes, is a concept album; its themes are spread between each of the eleven compositions, revolving around nature, ecology and the overall state of the environment.

It's interesting delving into Shady Bard's psyche when talking about the music they make. Becko, the focal point and main songwriter of the band, puts it down to synaesthesia, whereby two or more senses unite automatically and involuntarily to create one whole new experience. Or, in the case of Shady Bard, "The words and music appear in colours".

While this may sound unlikely to anyone not familiar with the band's output, it soon becomes obvious by the end of the opening 'Fires' that Shady Bard aren't merely content with just telling a story – they’re actually creating a fully formed picture, a scenario, whereby for the three-or-so minutes of each song the listener shares some kind of kinship with the subject matter, almost to the point of familiarisation that one may believe they'd been present at every setting.

Anyone who has seen the band live before will already be aware of most of the songs here, as all have formed part of their set at one point or another, while no fewer than eight have been previously recorded, albeit on limited-edition demos or hard-to-find single formats.

In fact, the likes of 'Treeology' and 'Memory Tree' don't sound that much different to how they did 18 months ago; again, the band has chosen to adopt a lo-fi approach courtesy of little-known Stockport producer Robin Housman rather than throwing money erratically at expensive production techniques.

What that makes for is a record that becomes more engaging with every listen, and even the songs you already know and love gain a further level of appreciation here, when placed within the context of the whole album.

Although it’s difficult to pick out singular highlights - more do to with the fact From The Ground Up begs to be listened to in its entirety rather than any fault with the record itself - one listen to the overtly melancholic protests of 'Bobby' or 'Treeology' combined with 'Penguins' and its refrain of "I really don't hate you" suggest a band mostly at ease when they're getting their argument across in an elegant rather than angry fashion.

As I said at the beginning, Shady Bard’s music is pretty much the exact opposite of what’s typically classified as punk rock. But as far as creating a convincing statement about what they believe in goes, From The Ground Up says more in its opening 30 seconds than the entire back catalogues of Blink 182 and their myriad clones. Now, how punk rock is that...