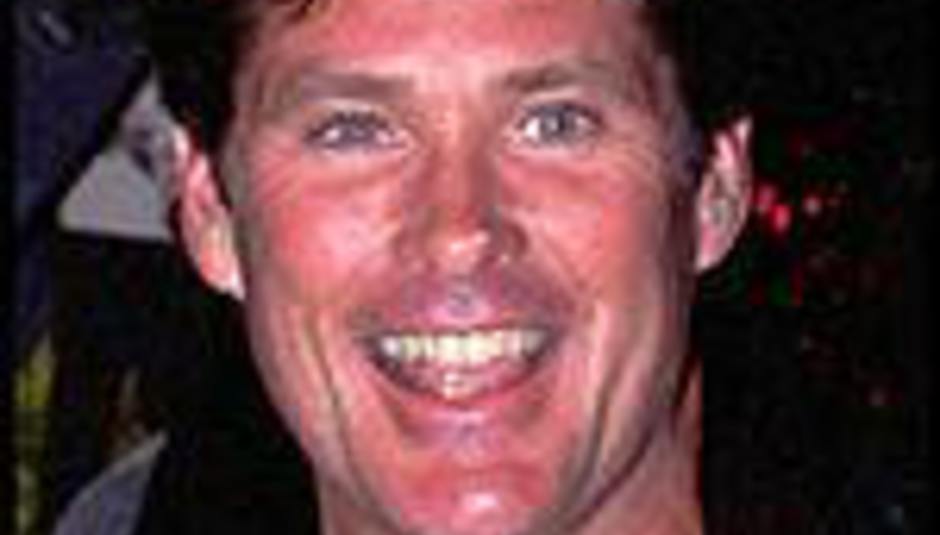 The Hoff endures hard times; fans hope to push him to Number 1

David Hasselhoff may be best-known in this country for his roles in Knight Rider and Baywatch, but the seemingly perma-tanned king of kitsch has been a music star in other territories for many a year. Now, fans are looking to help him achieve a UK Number 1.

Fans have set up a website, GetHasselhofftoNumber1 (click for link), hoping that enough people will download the star's 1980s hit 'Looking for Freedom' to propel it to the top of the UK chart.

"Think what 'The Hoff' has given to the world. Knight Rider, Baywatch, the reunification of East and West Germany. Untold laughter from forwarded e-mails of him in hotpants.

"He's given a lot. It's time we gave something back.

"'The Hoff' is having a hard time. He's split from his wife. He needs a lift. Let's help him out with something that would mean the world to him."

Fellow followers of 'The Hoff' can register with the site, which will send an e-mail out to all that have signed up once they've attracted the attention of 75,000 individuals. Then, each and every one of the site's members will be asked - nicely - to download the aforementioned soft-rock smash (or another song, as it's TBC on the site) from iTunes. At the time of writing some 21,013 people have committed themselves to the project - it's certainly taking Hoff...