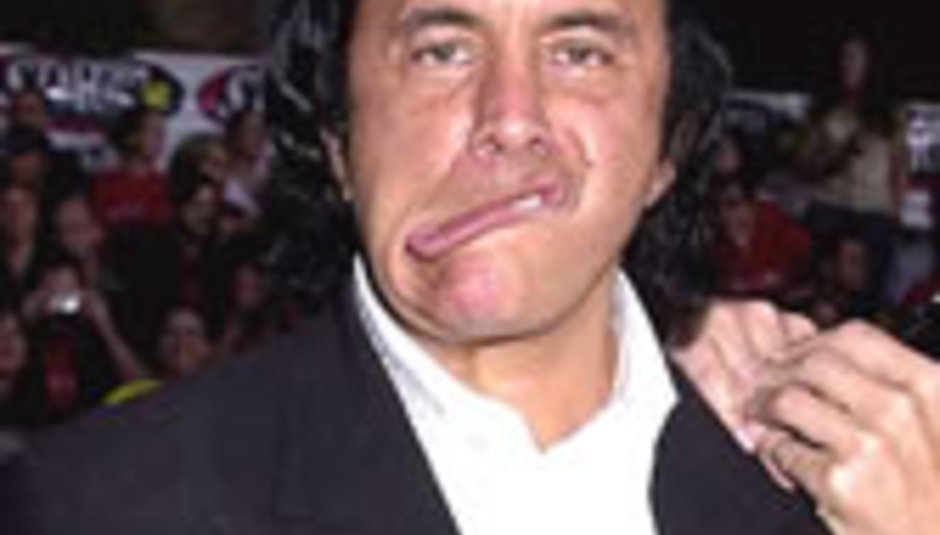 Kiss and make up? Unlikely...

by Mike Diver May 18th, 2004
Kiss bassist/love-machine Gene Simmons has offended Australia's Muslim community by claiming that Islam is a vile culture.

During an interview at an Oz radio station, where he was meant to be plugging upcoming gigs in Brisbane and Sydney, Simmons let rip about how he feels about Islamic fundamentalism:

"This is a vile culture and if you think for a second that it's willing to just live in the sands of God's armpit, you've got another thing coming. They want to come and live right where you live and they think that you're evil."

Um, okay. Simmons went on to say that Islamic cultures treated women worse than they do dogs. What he should have done is stick a sock in it.

Yasser Soliman, chairman of Victoria state's Islamic Council, told reporters: "Mixing the entertainment world with the political and religious world is a minefield. They leave and go back to where they arrived from, but they leave behind a big mess that we have to live with."

DiScuss: Music and politics have always been happy bedfellows, but do Simmons' remarks point to an alarming lack of education amongst stars that perhaps should know better? Are some forms of music, and the stars that go with them, in some way responsible for the dumbing down of people's attitudes towards global politics and diverse cultures, or do pop stars more often than not actually highlight significant issues in the world that require addressing? Bono does get on your tits though, right...?