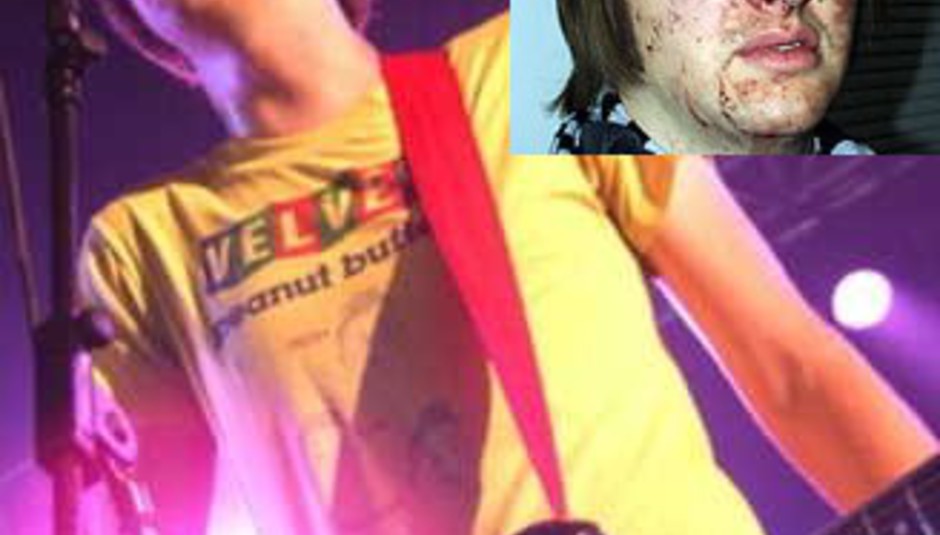 by Mike Diver March 11th, 2004
Jack White escaped a jail sentence yesterday after his lawyers finalised a deal with the Detroit courts.

White was in the dock following his slugging of Von Bondies chap Jason Stollteimer (pictured looking pretty, right, and like some rotted fruit, insert) last December. Whilst many of us would see this as a good thing, poor Jason did not, and cried his way to the courts. White avoided pissing in a bucket and getting rear-ended by a greaseball by pleading guilty to the assault. He'll now face a fine of $500 (wow) and must cough up $250 more in damages (gee, he must be sweating over that).

Oh, and there's the small matter of attending anger management classes (DiS couldn't get hold of Jack Nicholson for a comment) and not making any further contact with Stollteimer. Shouldn't be hard, what with The White Stripes' star continuing to ascend and The Von Bondies' one lying somewhere in a gutter in Dorking. Probably.

White, still looking like he could 'butt a random passer-by at any moment, told reporters "This was a personal matter and not a press promotion. I regret allowing myself to be provoked to the point of getting into a fist fight but I was raised to believe that honour and integrity mean something and that those principles are worth defending."

Right on, brother. I mean, if some lanky, retro-rocking tit came up to me and slagged off my mum*, I'd knock him out. Wouldn't you?

*DiS would like to point out that Stollteimer probably didn't slag off Jack's mum, but almost certainly did say some equally bad things.