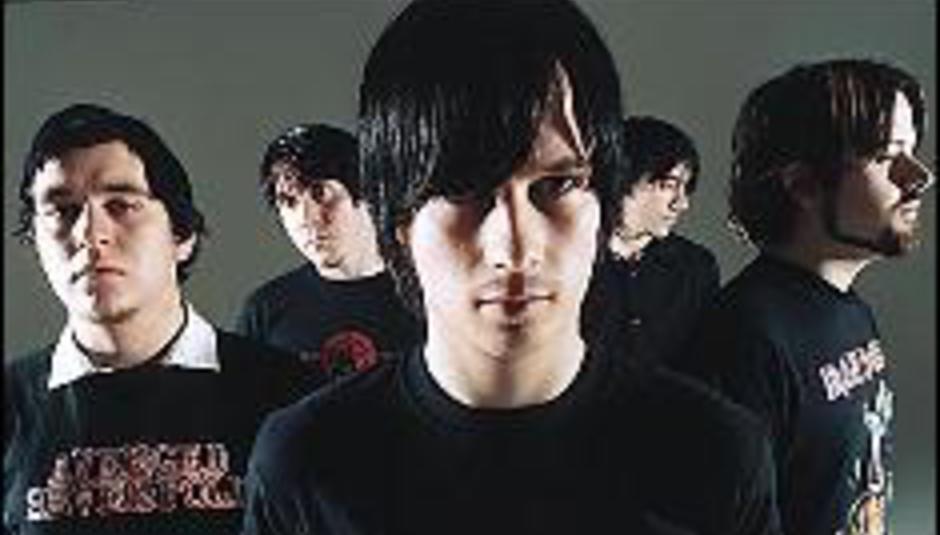 Flu for a Friend: Matt Davies in Bed, Rather than in Sheffield

by Sean Adams January 29th, 2004
Flucore? Snot-Rock? Dodgy headlines and genre suggestions aside, this is news for anyone going to the New Music Express tour in Sheffield tonight...

Sadly Funeral for a Friend vocalist Matt Davies has been diagnosed with Flu and after advice from his doctor, he's rather sensibly putting his feet up, covering himself in vicks vapor rub and sipping some honey and lemon*, in order to recuperate. This regrettably means the band will not be able to appear at Sheffield University tonight.

The show is unaffected in any other way, and The Rapture, The Von Bondies and Franz Ferdinand, who're all SO HOT RIGHT NOW, will still look smart (even if one of 'em has some bruises) and rock out.

According to Owen the bands press dude (who used to be in Earthtone9 fact fans!), the band are hoping their schedule post-NME Awards Tour might allow them to return to Sheffield to reschedule their own show. They will make further announcements as soon as circumstances permit. Ticket holders wishing to obtain refunds for the Sheffield NME Awards Toour show should present their tickets at point of purchase for refunding.

Legal Bit: Please note that once you are inside the Sheffield University venue for tonight's show your ticket immediately becomes non refundable.

* = At time of press we can neither confirm nor deny his methods of getting better, but that's what my mum always suggests and Emo is all about mothers aint it?