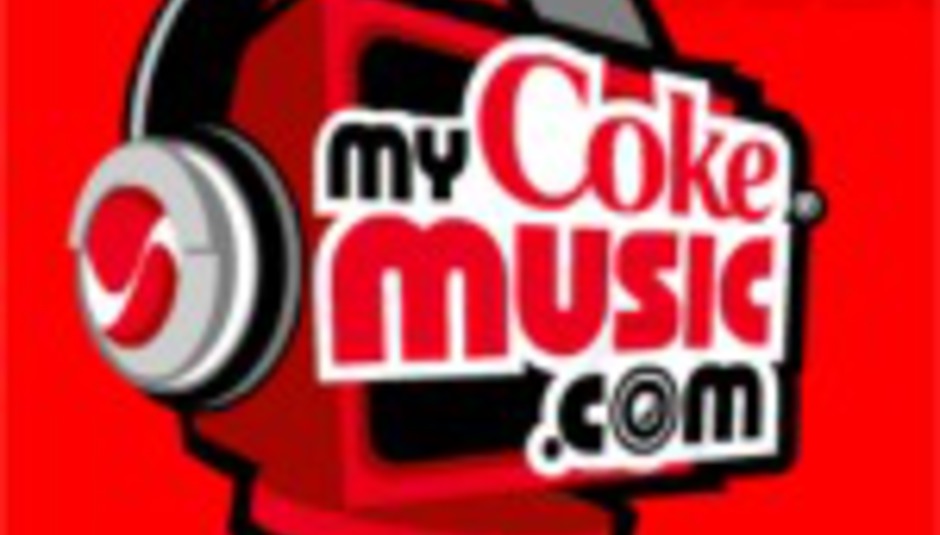 by Sean Adams December 8th, 2003
January marks the start of major corporations finally getting in on the the mp3 'craze'...

It has been announced today that Coca-Cola is moving into music sales by launching a download site with more than a quarter of a million tracks, thus creating "the largest collection of legal downloads on the internet".

When Mycokemusic.com (sign up now to be spammed when it starts!) launches in January it will have 250,000 tracks from 8,500 artists for 99p (we're guessing that's per track!). Reports suggest that "Major Stars" will be "donating" tracks during the first 12 months to help promote the site (and no doubt their new records/back catalogues too!).

This follows last week's announcement that Coca-Cola are to sponsor the official single and album charts - in short Coke gets namechecked in Radio 1's weekly top 40 countdown, and will be mentioned in the closing credits of Top Of The Pops. Coincidentally, all this ties in with the new changes to the rules of the UK singles chart, which now permit paid-for downloads to be counted as singles 'sales'.

Coca-Cola marketing director Julia Goldin said:
"We're delighted to bring downloadable music to more people and we are working in close partnership with the music industry to do so... Consumers have told us that downloading music is confusing and complicated and what they want is an easy, simple-to-use downloadable service from a trusted brand."

Meanwhile, over at the BBC, there have been people admitting that the BBC was "not involved" in the talks, but that Radio 1 controller Andy Parfitt was aware of negotiations. However, BBC guidelines do say it's okay to mention sponsors for sporting events and the like, which is why John Motson is made to say "the Barclaycard Premiership". Read all about this on the BBC News website.

DiScuss: Did no-one read 'No Logo'? How do you feel about this kind of sponsorship of the charts? How long will it be before Nestlé starts a record label? Does all of this Coca-Cola stuff contradict what the Government is saying about our obesity problems?