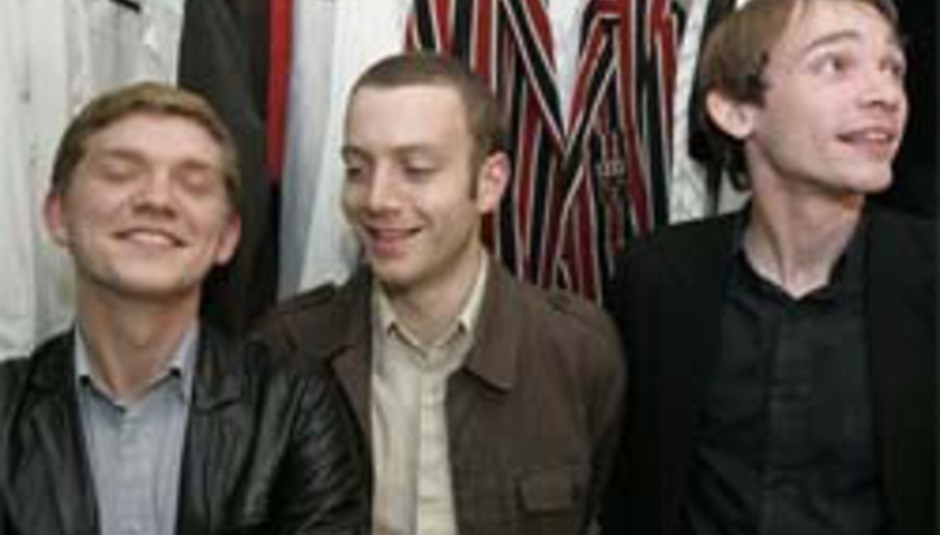 Our Monthly Barfly night hits its 7th iteration with an excellently varied pop showing from Field Music and The Far Cries.

When you promote gigs, you always have your secret favourite shows that you put on; the ones where you get to book your favourite bands and get people to come down and see them. This month is one of those.

So Crabcakes, what about these bands then? Well...

Field Music
Wherever you read about this north-eastern three piece, you're bound to find Maximo Park and Futureheads references, but Field Music rise above their local contemporaries, building glorious pop songs with unique structures and chucking in a strain of angular glee. 'If Only The Moon Were Up' was one of the standout singles of 2005 and this gig will showcase material from their fantastic second LP, due later this year. FM are one of our favourite British bands right now. Do NOT miss.
myspace.com/fieldmusic

The Far Cries
Having released their debut single through PIAS' Play it Again 7 label, The Far Cries bring their synthy pop fun to the Barfly this Friday. Whether you normally do or not, you'll be dancing by the end of this set and I'll be the one down the front going off like an epileptic hippo.
myspace.com/thefarcries

DJs
Pirate Gaz & Ollie Russian - these are the two guys who get wasted and play amazing classics mixed with cutting edge new tracks. Expect Hot Chip through to 2 Unlimited.
Bamos' Britpop Bonanza - upstairs after the bands, enjoy an hour of Britpop. Nothing past 1997. Nothing before 1993.
DrownedinSound.com - the usual Colin n' Mike fiasco at the end, this week bolstered by a special set from Gen to open preceedings.

Do come! It will be fun like buying an ironing board, putting it up in the lounge, putting a picture of the sea on television and pretending you're surfing.
Next month: Bearsuit + guests