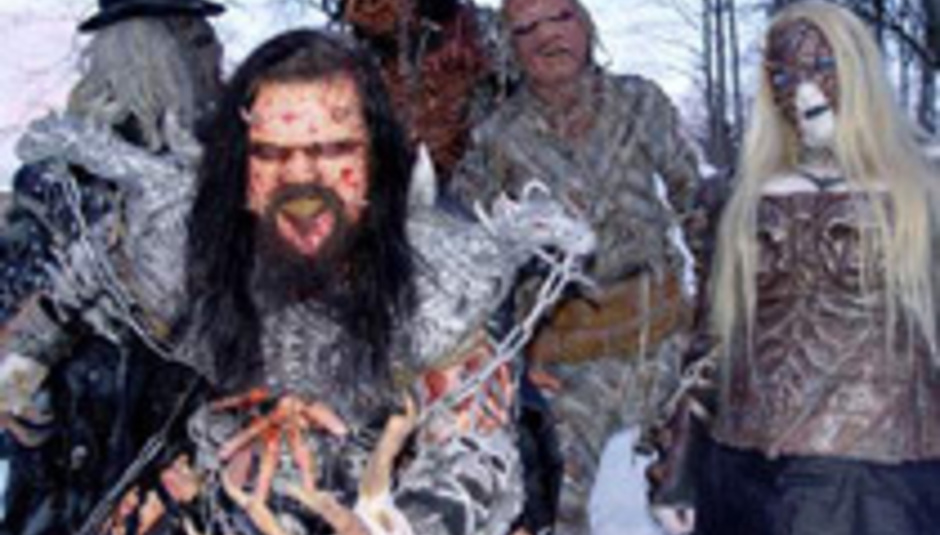 All-conquering Eurovision Fins Lordi - they of masks and pop-metal - have been defended by their country's ambassador to the UK following accusations that the band are Satanists.

Jaakko Laajava was forced to speak up for his countrymen after Archbishop Christodoulos, of the Greek Orthodox Church, stated in a Sunday sermon that Lordi's Eurovision victory proved that "people are seeking something to prop themselves on and fill their empty souls".

"This is entertainment. Let's not take this too seriously. They have produced an album called The Devil Is A Loser and maybe that tells a little bit about this.

"We have not been really spectacularly successful in Eurovision before and we are all very thrilled and encouraged by this. There are other very successful heavy metal bands in Finland [who are] known also here in Britain - Nightwish, HIM, Rasmus and others. So there is some tradition in this area."

So, there you have it: freakish-looking devil-horn-raising Fins not in league with The Dark Lord. Go about your day peacefully, y'hear.

Lordi have also been added to the bill for Download.