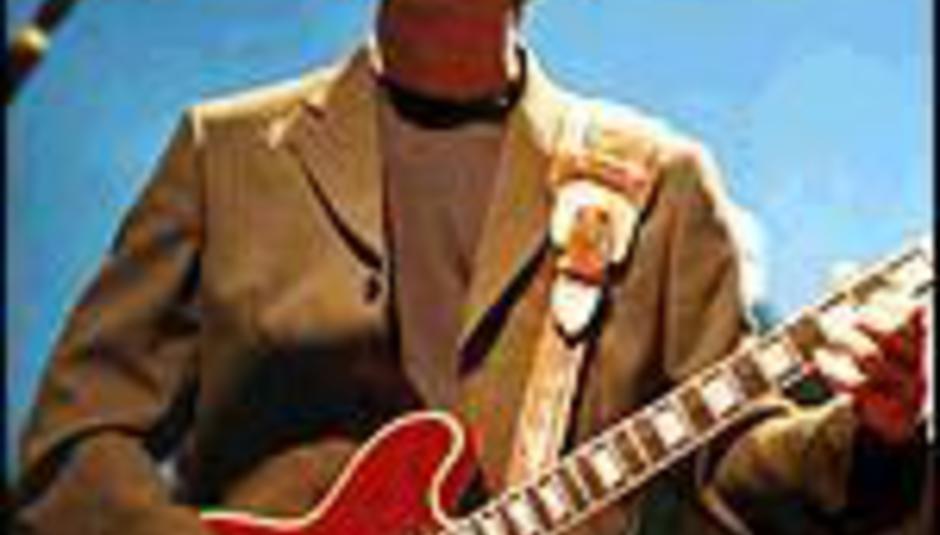 Oasis guitarist Noel Gallagher, pictured, has told BBC 6 Music that the band plan to take a break from the cycle of touring and recording, eventually returning in 2008.

Noel told Russel Brand - you know, the rat-faced one from the Big Brother spin-off shows - that he'll begin writing in 2007. Noel said:

"We had a couple of tracks left over from the last record and in our own heads we thought they were good enough to be released as an EP.

"We went back and listened to the tapes and we reckon we can get it better, so we're having the year off instead."

Noel also made comments about James Blunt and The Arctic Monkeys during his time at the station, but frankly we're not going to patronise you with such quotes. Such opinions are fairly obvious, no?