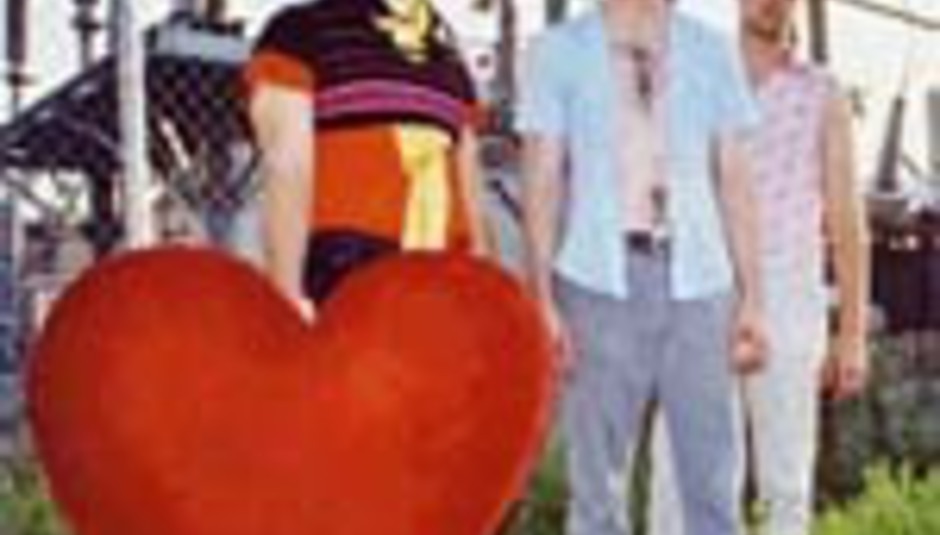 Brooklyn-based oddballs of occasional lushness and plenty o' puzzles Oneida have expanded to a four-piece. The new member in question is one Phil Manley, of The Fucking Champs, who will operate under the name 'Double Rainbow' while on Oneida duties.

The band release a new long-player in July, Happy New Year. Yep, that's Happy New Year, in July. Awesome. Expect to see the Rough Trade emblem on the UK version, while Jagjaguwar handle the US release.

The release also marks Jagjaguwar's 100th record, so a round of applause for those guys, please. They describe their centenary release thusly:

"It begins with a melancholy hymn of soaring choirboy harmonies, builds to anthemic call-to-arms, then ultimately settles in to a deep, swinging groovefest that first laments the fruitless quest of the worker bee, then finds hope in the impending 'turning of the tides.' Some songs evoke a wistful retrospection, while others catapult forward, fueled by kraut grooves and propulsive drumming."