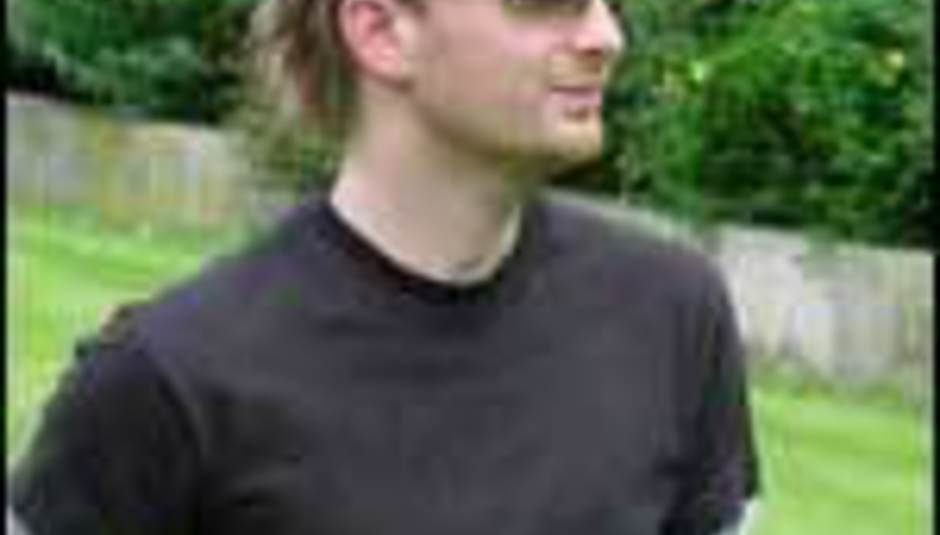 Thom Yorke and Jonny Greenwood of Radiohead performed on behalf of Friends Of The Earth at London's Koko venue last night, airing no fewer than three new songs during their set.

The gig - The Big Ask - saw the pair play in a semi-acoustic fashion. Alongside crowd favourites such as 'Paranoid Android', Yorke (pictured) and Greenwood performed 'Arpeggi' and 'Bodysnatchers', both new to most in attendance (we're assuming Colin Greenwood and Ed O'Brien, both watching, had heard them before!).

Another new song was performed, but no name was forthcoming*. Radiohead's tour proper - UK dates are scheduled for the middle of May - begins on Saturday in Copenhagen.

*We've since heard that it's been given the title 'Cymbal Rush', but this isn't official or owt.