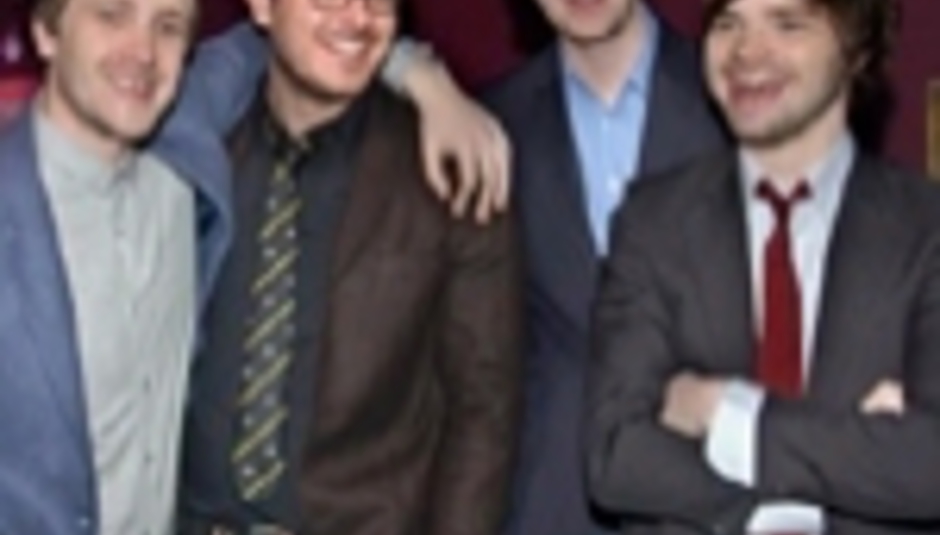 The Futureheads - they of north-eastern accents and guitar lines of spiky jolliness - are to play a special, kinda-secret-but-not-really gig on Monday (May 1) in London. That's the capital of England.

The gig's organised at least partially by the people over at Radio 1's Steve Lamacq show, and the headliners will be supported by up-and-coming indie tykes (tykes? WTF?) The Maccabees. DiS put them on, once. Yup.

You can only get your hands on tickets by e-mailing this here address: thefutureheads@679recordings.com. Since only 50 were released, though, don't expect to actually get any.

This pointless news article was brought to you by the Italian deli over the road, which is about to toast me a ciabatta. Ciao!