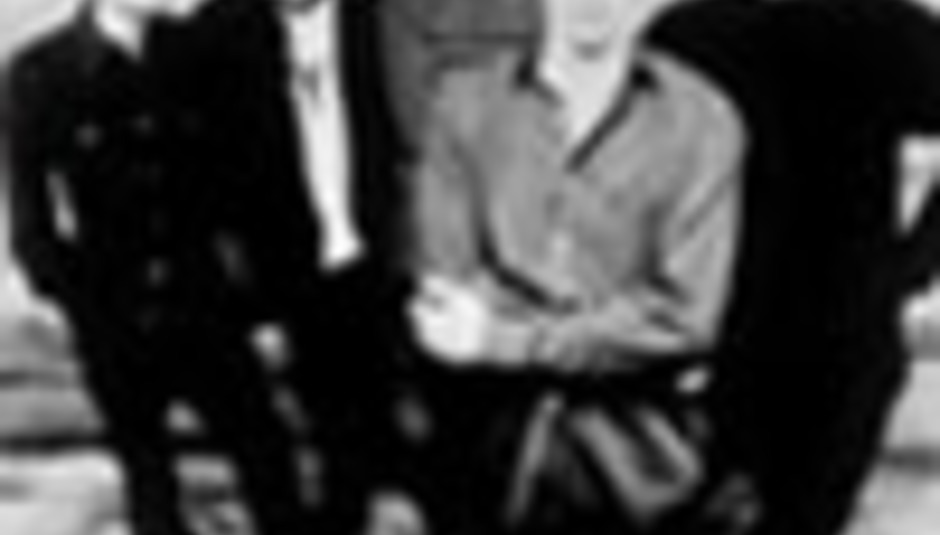 Former Geneva frontman Andrew Montgomery has formed a new band, Amityville, and is currently demoing material for a publishing contract at EMI studios.

Speaking exclusively to DiS from the recording sessions, Montgomery said he has “no regrets” about his previous band and that it had been “a brilliant experience” touring the world with them. He has, however, learnt the hard way about record company politics. “Labels need to be more confident with their acts. They have to be patient and less worried by what the press thinks. Bands like Idlewild didn’t sell a lot of records the first time around.”

Amityville have only two gigs to their name so far, but had no qualms returning to the gig circuit, “I have this urgency to get out there and get our music heard. It just feels natural playing the songs live and being back on the stage.”

He describes his new band’s music as “less complex” than Geneva’s output, but with all their trademark emotion intact. “I’ve been looking backwards in time, listening to a lot of records by acts like Neil Young, Nick Drake, The Byrds and The Folk Implosion... not to try to reproduce it, but to take inspiration. It’s important to remember there’s a heritage to music.”

DiS went along to their recent Metro gig supporting Mower, and can confidently say Amityville will soon be huge. They’re currently getting down to work on new material, but will be taking some time out for live dates soon. “Rock ‘n’ roll saves lives,” enthuses Andrew. “It’s our mission. Come along and see us and be uplifted.”

Meanwhile, two of Montgomery’s former bandmates, Stuart Evans and Keith Graham, are collaborating in the experimental pop outfit 69 Corp. Signed to Open Season Records, home of equally off-kilter acts such as Blank Space and Of Arrowe Hill, the ‘Corp describe their sound as “REM doing Kraftwerk” and have supported The Bluetones on their most recent tour.

The band have collaborated with Howie B, one of the producers of Geneva’s swansong album, ‘Weather Underground’. Their debut single, ‘Elastronik’/’KZT’, quicky sold out of its limited run and received praise from a range of sources, including Jockey Slut and Andrew Weatherall. They recently completed work on their debut album and have contributed remixes to Super Furry Animals and Dalek in their spare time.