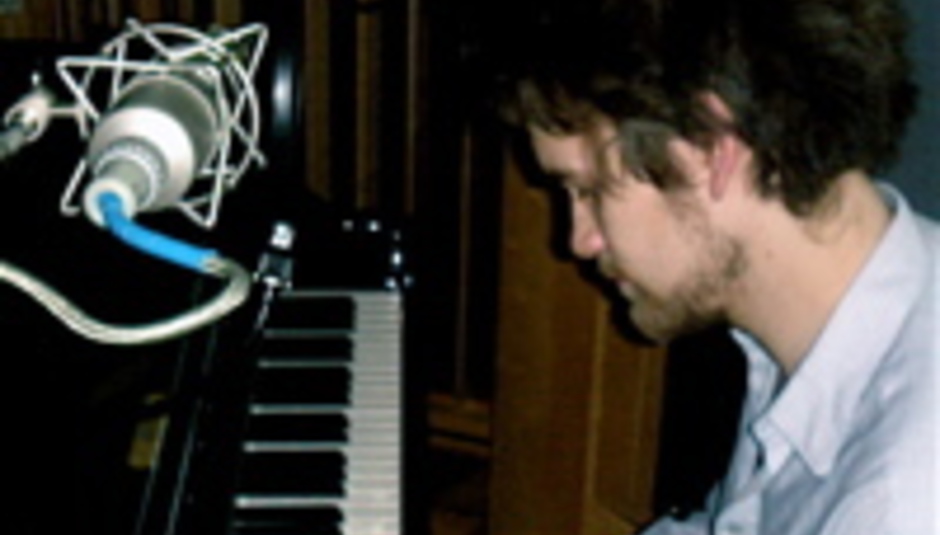 Earlier this month, Drowned in Sound Radio was invited to Air Studios, North London to spend some time with one of the most exciting and innovative British bands of the moment.

DiS sat down at the end of 2005 and worked out what was going to excite us aurally in the year to follow. We drew up a number of suggestions, six of which played our rather spiffing 'Six Tips for 2006' show at Camden's Barfly in January. There was still a number of others on the periphery however that were either in the studio, on the road or generally unattainable, Guillemots being a case in point.

I had the pleasure of venturing to the world-famous Air Studios in North London to spend a day with the band, finding out about their debut album (due for release in June) and asking them to play a few of their favourite songs. We were also privvy to a spectacular solo performance of new single 'We're Here' (out now) by Fyfe Dangerfield (pictured, above), singer and multi-instrumentalist of the cosmopolitan four-piece.

Drowned in Sound Radio subscribers have been enjoying this show since Friday, but we're now ready to unleash it on the rest of the world.

If you've ever been intrigued by this band, or are already a fan, this is a must-listen and the first in a line of artist-orientated special shows as part of Drowned in Sound Radio.