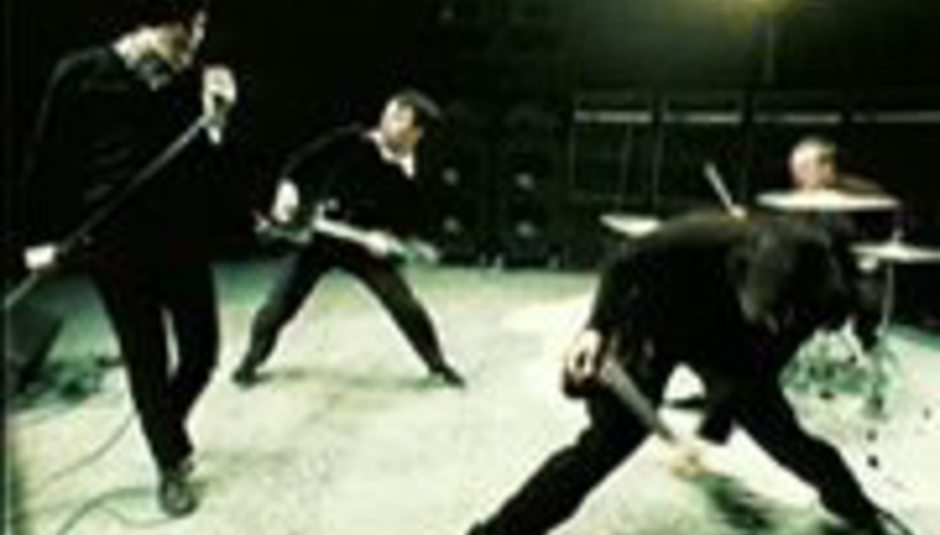 Refused Are F*cking... giving away prizes!

Winners have been selected and prizes are on the way...

Refused are one of those bands for me; one that, despite the passing years, I just can't let go of. Their final album - their masterpiece if we're being wholly factually accurate - The Shape Of Punk To Come re-wrote the hardcore/punk rulebook completely. I love it, absolutely, to this day; in fact I'm playing it as I type this. The Swedish quartet's existence after such a high watermark was shortlived, though, as they split up on a tour of the US in 1998.

Guitarist Kristofer Steen documented his band's breakdown, and the results of his editing and re-editing of footage old and new can be yours come April in the form of a DVD, entitled Refused Are Fucking Dead (released on April 24th). If you can't wait 'til then, though, we might just have something that'll interest you...

DiS has two copies of the DVD to give away, along with a couple of copies of said landmark album, a pair of brand new Refused Are Fucking Dead T-shirts and some patches. To be in with a chance of winning this frankly amazing booty (I want it, but I'm not allowed it...), just answer this question:

Refused's vocalist Dennis Lyxzen later fronted The (International) Noise Conspiracy, but what was the four-letter name of the band that the other three members formed after the Refused fallout?

Send your answer to COMPETITION CLOSED SO STOP EMAILING ME ALREADY. Please write "Refused Are Really Great" in the subject line or your entry will not be counted. Deadline for entries is 5.30pm on Monday 27th March 2006.

Refused Are Fucking Dead also features two music videos - 'Rather Be Dead' and 'New Noise' - and an almost-complete live run through of The Shape Of Punk To Come. To say it's worth investing in is a terrible understatement.

Keep 'em peeled for an interview with Kristofer Steen on DiS very soon.