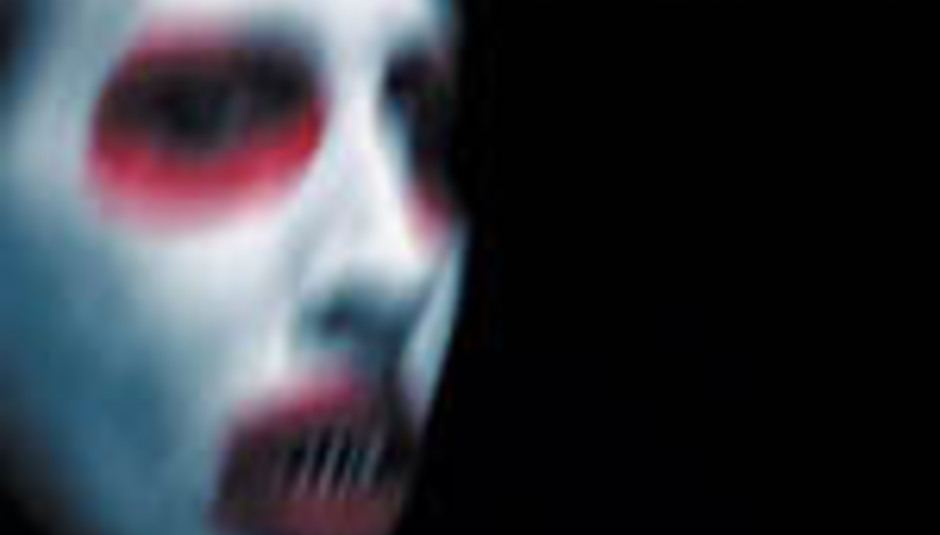 by Dale Price May 8th, 2003
The 90s Alice Cooper unveils his 'Golden Age Of Grotesque' with a series of RealAudio snippets.

Brian Warner and his spooky kids are set to unleash their latest opus, their first without bassist Twiggy Ramirez, and to give you a reason to cough up your notes, they've decided to let you have a sneaky peak. As if you haven't already downloaded it off KaZaA, you little devils you.

To listen to these snippets, you'll need the latest version of RealPlayer and some small animals to sacrifice to Lucifer.

DiScuss: Is the God of Fuck back on track after his last two wobbly efforts or should he just hang up the frocks and stick to soundtracks? And is that not the shittest album cover ever?