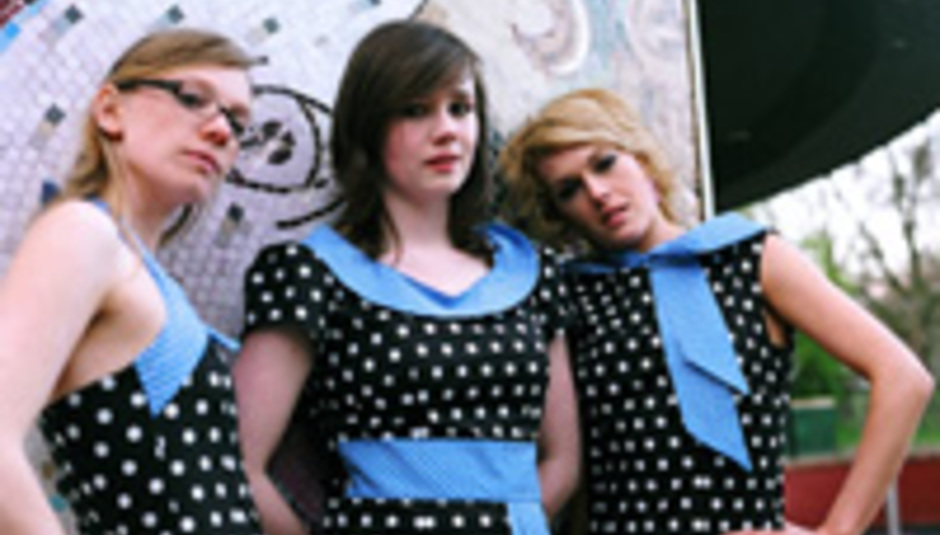 The Pipettes: single, dates and kisses

Fresh out the studio and ready to get you dancing, The Pipettes announce new dates and release.

Brighton's polka-pop three piece The Pipettes (not forgetting backing band The Cassettes!) have been holed away making sweet music for the past month or so, ready to unleash on the world via their newish deal with Memphis Industries (The Go! Team, Dungen).

New single 'Your Kisses Are Wasted On Me' fills the main criteria for a Pipettes track; handclaps, catchy choruses and general prettiness. Release date? YES. It has one. Oh, yeah. It's the 27th March and comes on two different colours of 7" (green and white) and a CD single.

Ring-sir! Have some tour dates...