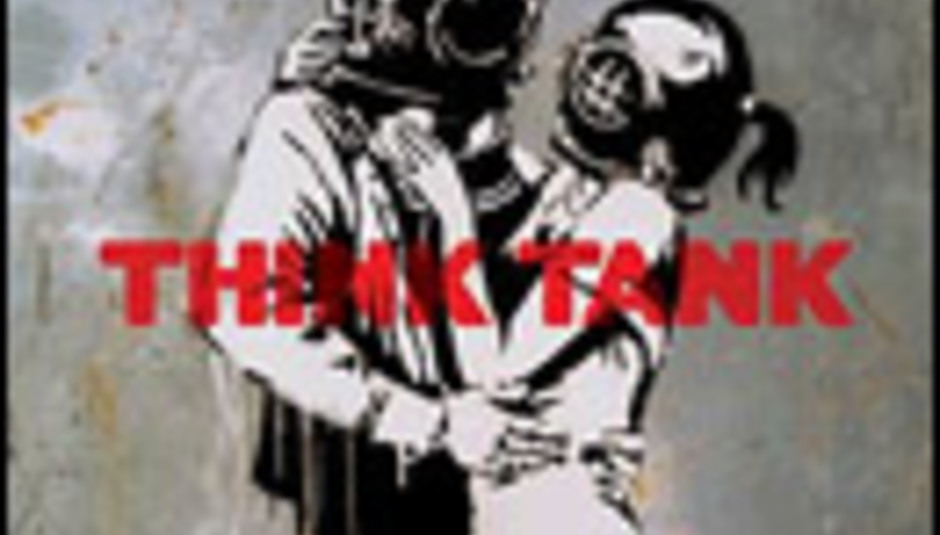 by Andy Frankowski April 2nd, 2003
Graham Coxon has given his verdict on Blur's new album.

Coxon, who left Blur last year after completing one song on 'Think Tank', told Teletext's 'Planet Sound': "I think it's under-developed and tech-y. I'm very glad I'm not in Blur after hearing it. Will I ever rejoin? Definitely not, no, never."

On the upcoming album Coxon is credited as co-writing album closer 'Battery In Your Leg', a soft ballad that gives a glimspe into what might have been. Coxon isn't the only one now outside of Blur to write material, it seems that Blur needed a little more outside writing help to finish 'Think Tank.'. James Dring, Damon's cousin, is credited as co-writing 'On The Way To The Club' while Saxophonist Mike Smith is credited on 'Jets'.

Coxon added he may see Blur play at the London Astoria. "I'd like to see if it works. I'll go if I don't have anything I'd rather do instead."

As for future plans, Coxon wants his next album to be more professional sounding. "I want to get other musicians involved next time. I don't want it to be just me and my guitar."

'Think Tank' is slated to be released on May 5. The first single 'Out Of Time' precedes the album, on April 14. Look for the 7" and CD to be backed with 'Money Makes Me Crazy (Marrakech Mix)', a new track produced by Blur/Ben Hillier/Norman Cook, while the DVD single will have an additional track called 'Tune 2'.