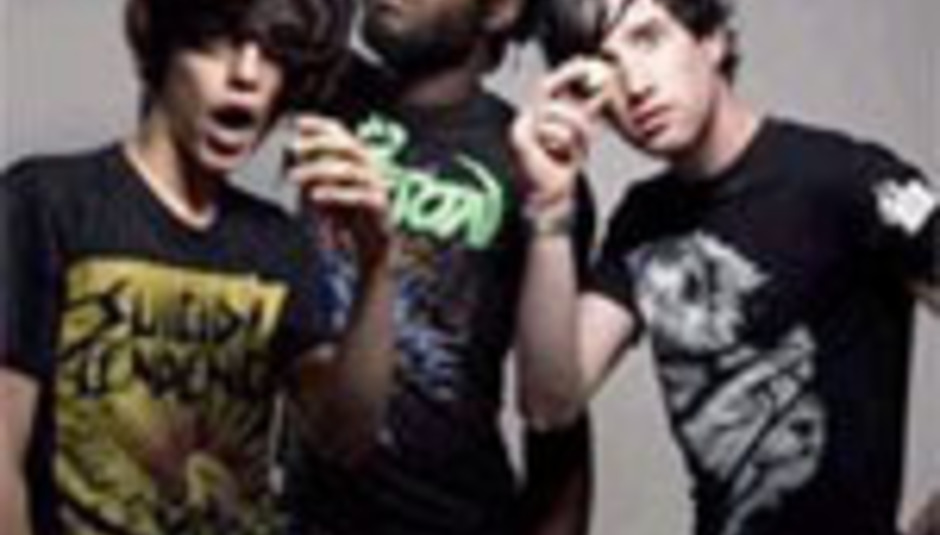 Love 'em or loathe them, London-based rap-rock-hip-pop, backing-track-whacking three-piece Test Icicles are certainly never boring. It's therefore a little saddening to hear that, after many a rumour, they're splitting for real.

Once they've cleared a series of dates in April, the band will call it absolute quits. Why? Oh come on: you thought it'd last? A statement was issued by their label, Domino, following Friday's cancellation of a Nine Black Alps support slot...

"The band have just come off a European tour and are exhausted from the constant pressures of touring, subsequently they have cancelled their show at the NME Awards and US tour.

"The band will play their UK tour in April. Details of a final single to be taken from the album to announced. There are currently no plans to make another album or tour beyond this."

Those final dates are as follows:

DiS wishes the band all the best and secretly prays for an Intense Dudes reformation. A limited-edition Test Icicles single, 'Totally Re-f Ked', will be available on March 6th on 7" and 12" only (well, and as a download).