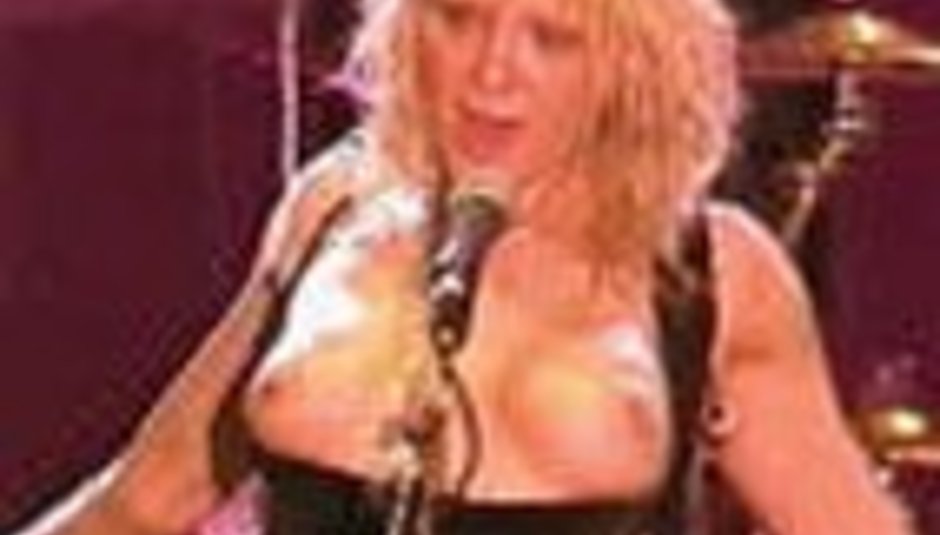 Courtney Love gets rowdy, then arrested

by Ollie Appleby February 4th, 2003
Singer, actress and publicity whore Courtney Love has been arrested at Heathrow for alleged abusive behaviour on board a plane.

The widow of Nirvana's Kurt Cobain was flying in from the US before she was arrested. Courtney Love had been travelling on Virgin Atlantic flight VS8 from Los Angeles in the plane's upper class cabin. She is thought to have been travelling to London to attend a concert at the Old Vic Theatre on Wednesday night.

A spokesperson for the company said the (ex?)Hole singer "had been disruptive and verbally abusive to cabin crew during the flight."

The crew notified the pilot, who called Air Traffic Control and police were waiting for Love when the plane landed at Heathrow Airport. She was arrested when disembarking from the plane at 11am this morning

The 38-year-old is currently in a long-running dispute with the ex-Nirvana members and her record company. Buy some more of Kurt's Journals now to help fund her many and varied legal battles.