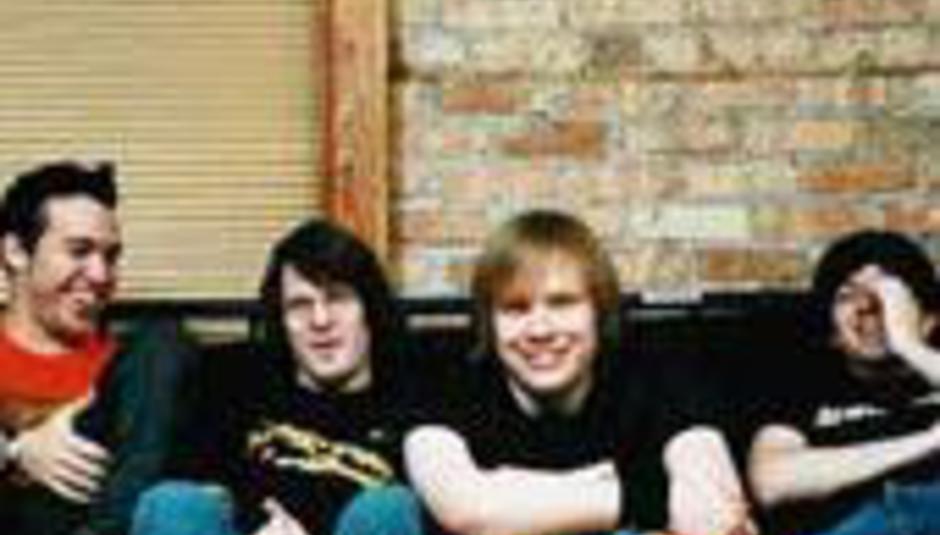 A flood of Fall Out Boy news (cos emo kiddies have feelings, too...)

So Fall Out Boy are the next Funeral For A Jimmy Eat Sunday, apparently - the kids, they've spoken, so who are we to deny them the following bounty?

Great news for neat haircuts and studded belts part I
Fall Out Boy's new video, for the breakthrough single (oh come on, it's on radio 1 ferchissakes) 'Sugar, We're Goin' Down', can be seen here. So yeah, nice one.

Great news for neat haircuts and studded belts part II There's a GAME! Yes, like Super Mario Bros. only shit and featuring Fall Out Boy! (Actually, we don't know this to be true - we've not clicked the link.) Get your fingers blistered through furious button bashing, here!

In news of no little relevance, Fall Out Boy have added a second London show to their sold-out tour. The new date is January 31st. 'Sugar, We're Goin' Down' is released through some soulless major or other on February 7th. Get in, kids.