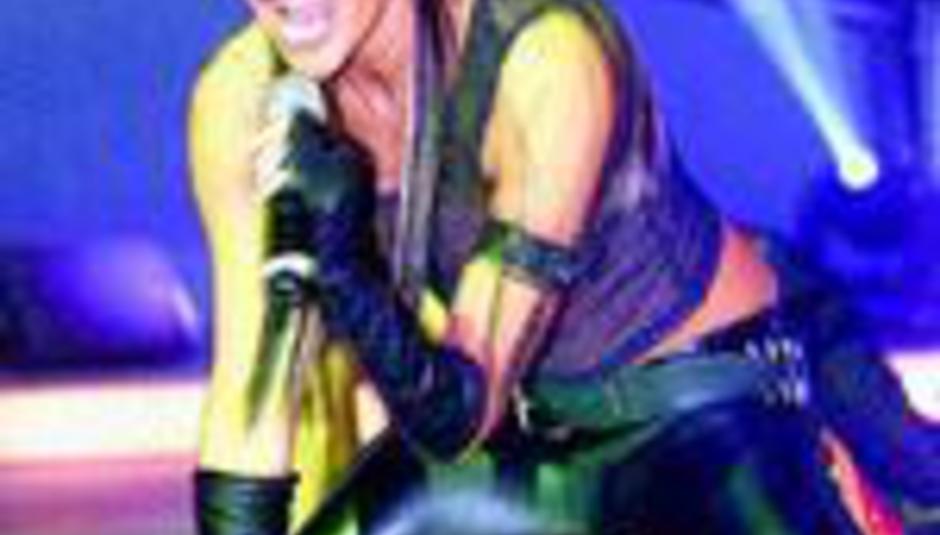 by Mike Diver January 3rd, 2006
Although reports have claimed that Mrs David Beckham, Victoria Posh Spice Adams Beckham, is to appear as a judge on the next series of ITV's successful talent show X Factor, a certain important figure in the recruiting process has denied everything.

Simon Cowell has said that reports claiming that Posh (pictured, perhaps pretending to be a panther?) was to join the existing team of himself, Sharon Osbourne and Louis Walsh are rubbish. IOL.com quotes him thus:

"It's total rubbish. I don't know where she got the idea from but it's not right. I have never asked her on to the show."

Can we start another rumour, please? I heard Sean Adams was in the running to judge the next series of Strictly Come Dancing. Oh, what? That's true...?