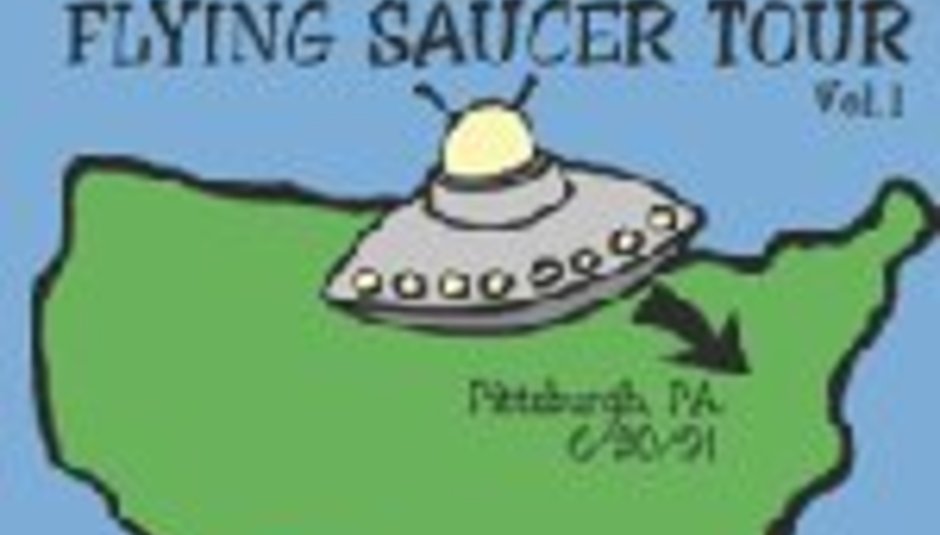 Bill Hicks(RiP): 2 LPs From The Grave.

by Mark Reed October 21st, 2002
The world is full of useless compilation albums of previously available material which are cheap, tacky cash-ins to squeeze every last penny out of us. Meanwhile, the archives are full of thousands and thousands of hours of material that really should see the light of day.

And here’s where we start to get what we want. America’s Dark Poet of the Spoken Word, Bill Hicks, a man ignored in his native land during his life, a man who could play to 4,000 people in London, and whose last New York show brought 24 people, and was so small he didn’t use a microphone, finally has the archives opened of hundreds of his legendary, much-sought-after unreleased performances with two new albums released next month.

Not bad for a man whose been dead nine years.

The first 'Flying Saucer Tour', is a whole show recorded in front of what Bill described "the worst audience I've ever faced". As well as encompassing his unique mixture of righteous fury, smut, and for breaking taboos by saying what most of us don’t even think, "Flying Saucer Tour" is also the first time a full Hicks performance has been released on CD.

The second CD, 'Love, Laughter And Truth' is a compilation of outtakes from his previous albums. Not stuff that wasn’t good enough for them, but material that didn’t fit the mood of the furious 'Rants In E Minor' and his apocalyptic 'Arizona Bay' and was recorded at the same shows in the US between 1992 and his death in 1994.

If you don’t know who he is, go out and buy these immediately. If you don’t like them, hell, we might buy them off you and give them to people who appreciate The Best President America Never Had.