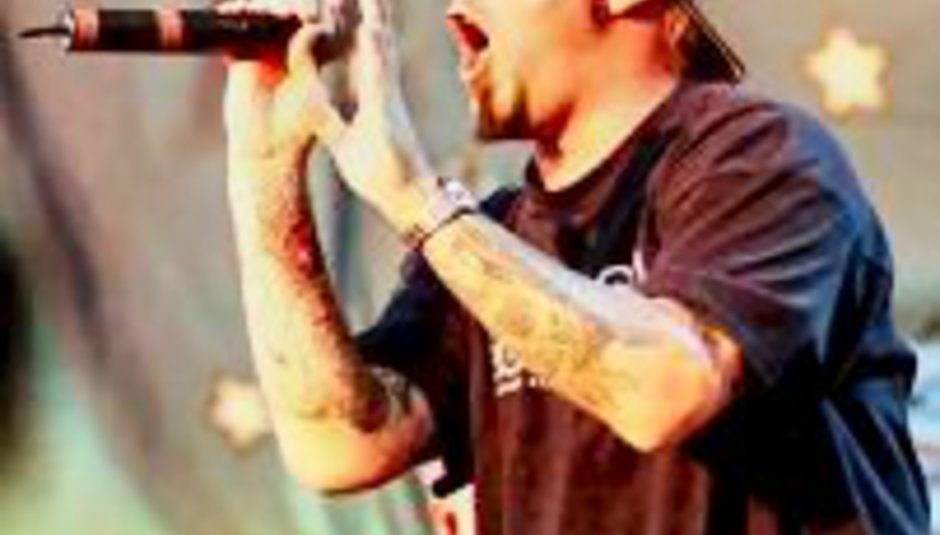 Fred Durst has said that he's not so happy with the release of Limp Bizkit's new compilation, Greatest Hitz. Apparently he'd rather have released one of the band's already finished new records. Yes, that implies there's more than one. Be afraid.

Interscope has apparently pressed the band into releasing the compilation, reports MTV, but Durst isn't likely to let his feelings for new material stand in the way of some plugging:

"Nobody ever thought it was gonna turn into selling one record, let alone selling a lot of records. It was a bizarre journey to this Greatest Hitz record and we made a lot of friends and fans and experienced things we could've never comprehended before Limp Bizkit.

"I'm grateful for everything, and if I could do it all again I'd do it. The mistakes we've been able to make, or I've been able to make, have all been blessings for me because I got to make some of the greatest mistakes and I love that because it's helped me grow. So I guess this Greatest Hitz record is just a tribute to what that was all about."

The collection contains three new songs, one of which is a bizarre mangling of The Verve's 'Bittersweet Symphony' and Motley Crue's 'Home Sweet Home'.