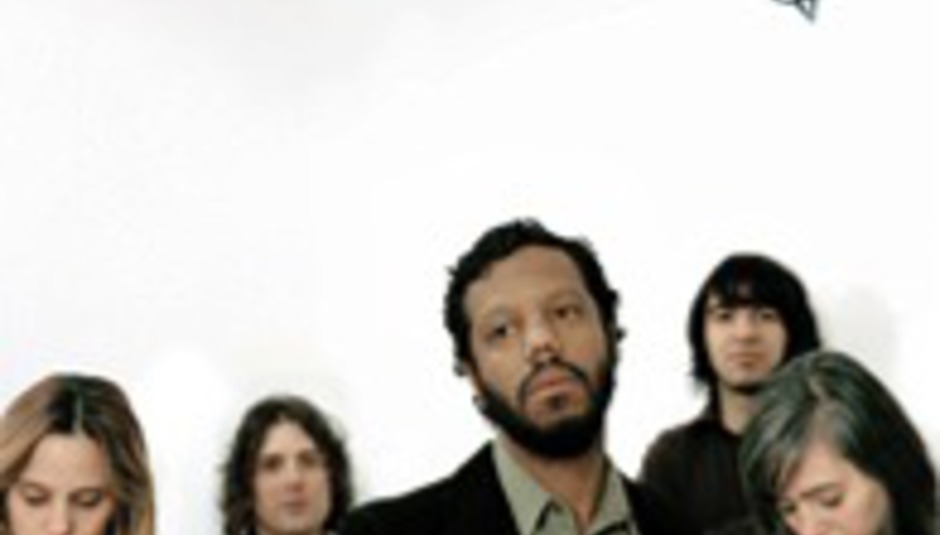 Many a message board troll has been wondering what happened to THE DEARS after they came and stole our hearts this summer.

DiS can reveal that during the final hours of September (during the annual Pop Montreal festival), Dears main-man Murray Lightburn and keyboardist Natalia Yanchak (who recently got married) welcomed baby Neptune Lightburn into the world. Already dubbed "The Most Beautiful Girl in the World" by her proud parents, Neptune is reportedly enjoying the music of Sufjan Stevens, Antony and The Johnsons, Mary Margaret O’Hara and Nick Drake.

The other good news is that The Dears are beginning work on their upcoming (and as yet untitled) album, slated for release in Spring 2006. Around 18 songs have now been written, including tracks that the band played live during their summer tour, such as potential singles 'Gang of Losers' and 'Hate, Then Love'. Other new titles include 'Saints In Black' and 'There Goes My Outfit'.

The Dears are rehearsing and recording the new songs in their beloved Montreal, going back and forth between George's place in Ville St. Laurent and Murray's home studio in Parc X. They hope to wrap it up by Christmas this year.

DiScuss: Insert your well wishing below. What would you by the Dears as a wedding / new born present? Did the Dears touch you this summer? Are you now also pregnant?