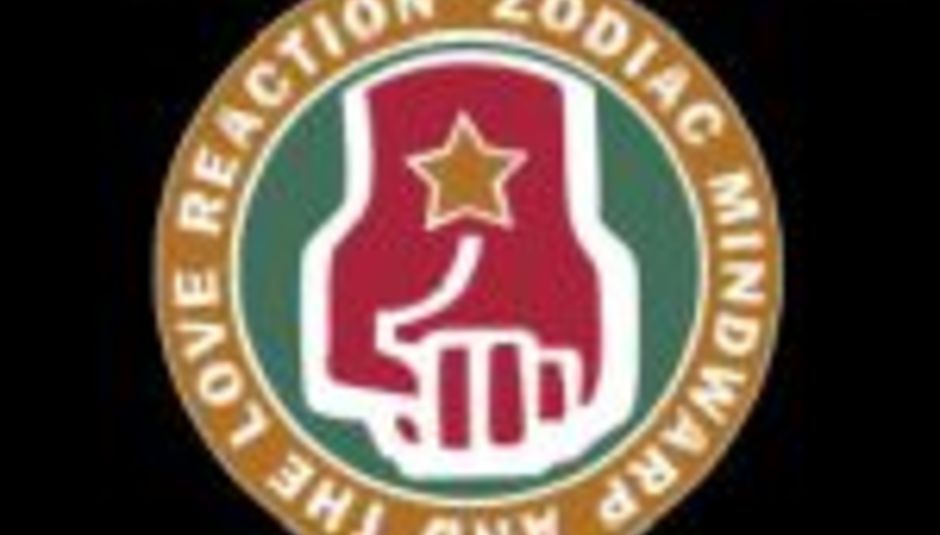 by Graham Reed August 29th, 2002
"Listen Here Wolfchild!
I speak to you of Science Of Mythology
I Speak Of Maverick Deviation
The Psychotronic Love Commandos
We Shall Be Drunk On Stars
We Shall Fear Nothing
Demand The Impossible
Dream Your Destiny
Defy The Logic Of Alphabets
I Slayed The King Of The World!
Nothing Is Impossible!!"

Thus spake Zodiac Mindwarp, the High Priest of Love, 80’s god of hair rock, aka mild-mannered author Mark Manning, on the opening speech of “Tattooed Beat Messiah”, their best known – and debut – album, which was produced by the KLF’s legendary Bill Drummond, : the man who the music industry last saw dumping a bloodied sheep carcass at the foot of the 1992's BRIT Awards, with the words "I DIED FOR YOU" emblazoned onto its body.

But Zodiac Mindwarp have been awaiting the moment when the world is ready for their return... and the time is NOW, with a new album and a new line-up. This comes after Blur's Alex James played with the the band for a comeback a couple of years ago in an act of metal pilgrimage, before deciding that the Zod were too metal for him....And as for the Zod?

“I AM ROCK!” he says, on the same-titled new album released on October 17th 2002 through Cosmosodomistic records.

Full tracklisting for this sleazegrinding metalfest is:


Goddamn it! If that’s not good enough, you can find more information and mp3s of every one of those tracks here. And never mind Guns N’ Roses, the real kings of sleaze-metal are back…

HAIL TO THE KING BABY!