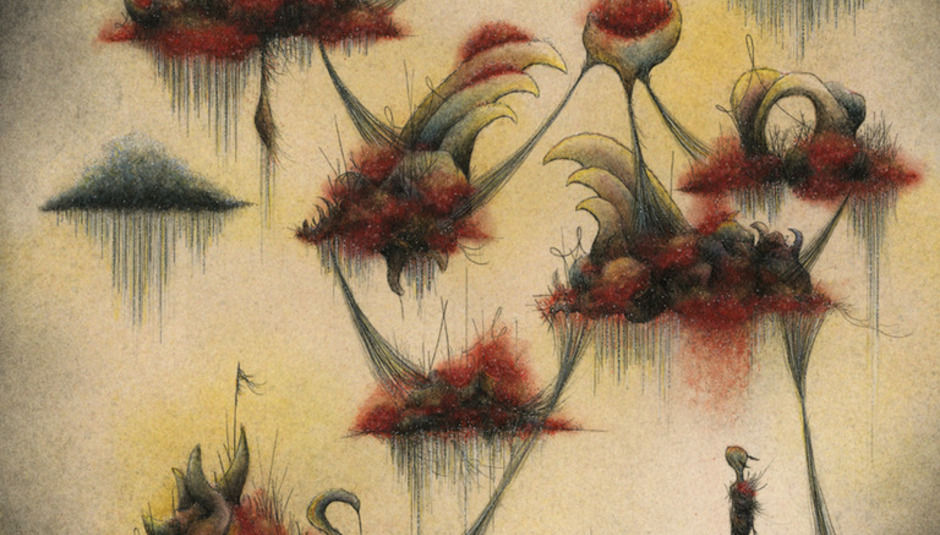 DiS premiere's tracks sparingly. There's enough music deluged onto the interweb every day, and we don't particularly feel like joining in the game of firsties. However, there are acts that we want to draw a big flashing arrow above, beneath and beside, to encourage you to invest some of your precious time in listening to them.

Eluvium is one of those extra special artists that somehow ends up in your life, and you presume everyone else must have already been hip to them, as music this gorgeous surely is as big as Sigur Ros and The xx; you just happened to miss all the fuss, right? Not that this expansive drone-driven work is necessarily meant to tip-toe into the mass consciousness, but there's something welcoming about the cinematic melancholy of Matthew Cooper aka Eluvium's ambient works. Over the past decade he's mastered something truly special, as many who discovered his record Copia through forums such as DiS' and by Last.fm throwing him up as a recommendation to those who are into things like Album Leaf, Explosions in the Sky, DNTEL or M83's more textural work.

Nightmare Ending, which will be released May 14th on Temporary Residence, is Eluvium's first full-length record for three years. We haven't heard the whole record yet, but we've loved most everything he's done to date, and the press release describes the record quite perfectly, so why waste our time re-writing it? They say:

Conceived as a way of helping loosen his self-imposed ideals of perfection, Cooper labeled each Nightmare Ending track as either a "dream," or an "imperfection" – a way of differentiating the philosophical concept of "dream vs. reality," couched in the more tangible technical distinctions of "flawless vs. flawed." With each progressive listen those differences naturally challenged themselves, and without relying on the standardized perfection protocol, Cooper became increasingly reluctant to release any of it. He shelved it, and pursued Similes instead. But Nightmare Ending wouldn't go away; it lingered in the back of his mind, the abandoned fruits of a truly worthwhile and noble journey towards a less creatively constraining mindset. Cooper returned to it with renewed vigor, writing and recording in a blur of time that spanned several years. The result is a body of work that encompasses everything remarkable about past Eluvium albums, executed more powerfully and poignant than ever before.

Executed with equal parts wonder and abandon, Nightmare Ending has a magical way of making tiny sounds feel overwhelmingly enveloping. For an almost entirely instrumental album, it speaks volumes about the volatility and ecstasy of Eluvium’s colorful, cathartic world.

However, what we can tell you that the record will be a length two disc feast, and that if this first taste is anything to go by, we're all in for a treat:

Like this? Check out the thread for Ambient/Modern Composition/Drone in 2013