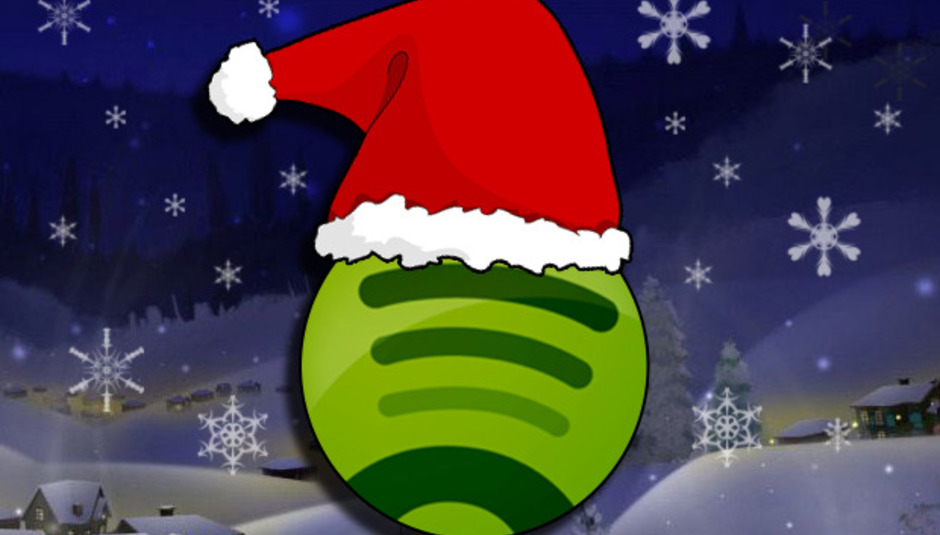 Merry DiSmas! Tis the season to give it away, give it, away, give it away now and to celebrate Spotify's celebrity Festive Playlists, they've given us some premium memberships to their service to give away, to you, in exchange for answering a dead simple query...

Yeah, that's right, you (yes, you right there!) can have ad-free, higher streaming quality music on your computer and also haul around a cloud-full of music on your smartphone too, because that's what the premium subscription version of Spotify allows. And probably other stuff too. But it won't do your christmas shopping for you, which is a shame-ify.

Anyway, the reason they're giving tis away is to highlight their ‘ultimate musical advent calendar’ which features festive flavoured playlists from eight musicians including Ryan Adams, Maroon 5, Pixie Lott and Primal Scream. There is a new track revealed every day in the run up to Christmas. The service kicked off on 1st December and looking at Ryan Adams' playlist so far, the dude is in a very VERY metal mood, with tracks such as 'The Burning Shadows of Silence' by Emperor, 'Wrathchild' by Iron Maiden and 'South of Heaven' by Slayer.

You can have a listen to Ryan's "festive" selection and the other guest playlist over at apps.facebook.com/spotifyfestive.

So, down to the competition nitty-gritty. We have three 6-month premium memberships available as a prize (approx. value £60). To win, simply tell us one (or all) of the following:

Comment below with your choice(s) and we'll pick some three winners after midday on January 2nd. If you like, please feel free to include links to Spotify playlists including the tracks or share the songs using Soundcloud or Youtube, etc so that everyone can hear your picks.

P.S. If you're looking for some DiS-flavoured festive music, check out our DiSmas Spotify playlist which features the likes of Sufjan, Jimmy Eat World and more doing seasonal songs. Also, if you wanna know what Wendy Roby's songs of the year are, check the site on Monday, and you'll find a mammouth 125 Spotify playlist of her favourite singles of the year, and we'll also reveal our year in playlists, to give you plenty to listen to over the christmas break.