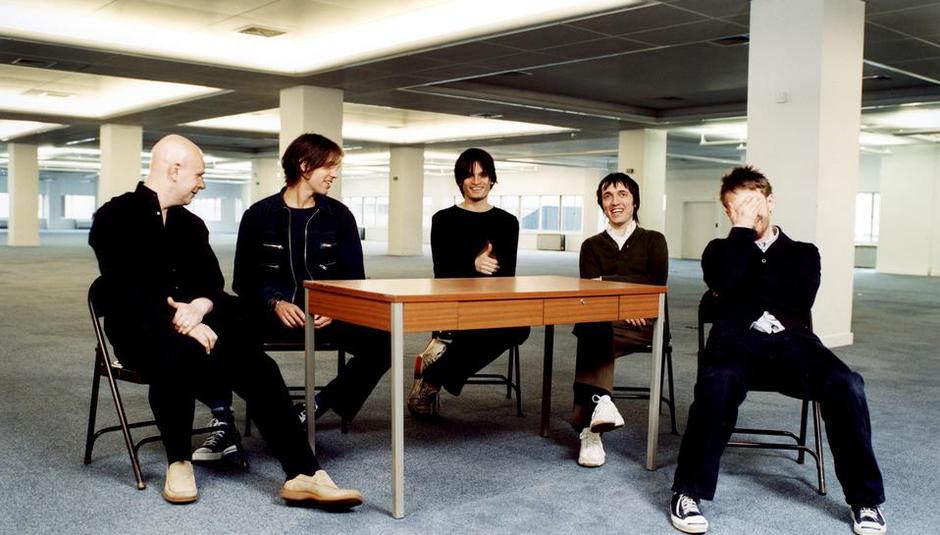 We've all surely got used to Radiohead doing weird and interesting things with their time and general output. This time it's not musical, however, as the band will be releasing their own newspaper. The name of it? The Universal Sigh. This quite obviously ties in with the physical release of their new record The King of Limbs, which is out today.

The good news is that the paper is free and is available in the UK as well as in the USA, the Netherlands, Belgium, Poland, Germany, Austria, the Czech Republic, Spain, Portugal, Sweden, Ireland, France, Italy, Slovakia, Finland, Greece, Norway, Lithuania, Estonia, Russia, Australia, Latvia, Iceland, Romania, Canada, Japan and New Zealand. We don't know how many copies of the paper there are, so "be quick" is a smart bit of advice.

The Universal Sigh will be available in these places in the UK from midday today (March 28): The paper features writing from Robert MacFarlane and Jay Griffiths as well as exclusive artwork by Zachariah Wildwood and Donald Twain, amongst other exciting things. PLEASE NOTE, that The Universal Sigh is not the newspaper given away in the "newspaper version" of The King of Limbs whatever that may be when it's at home.