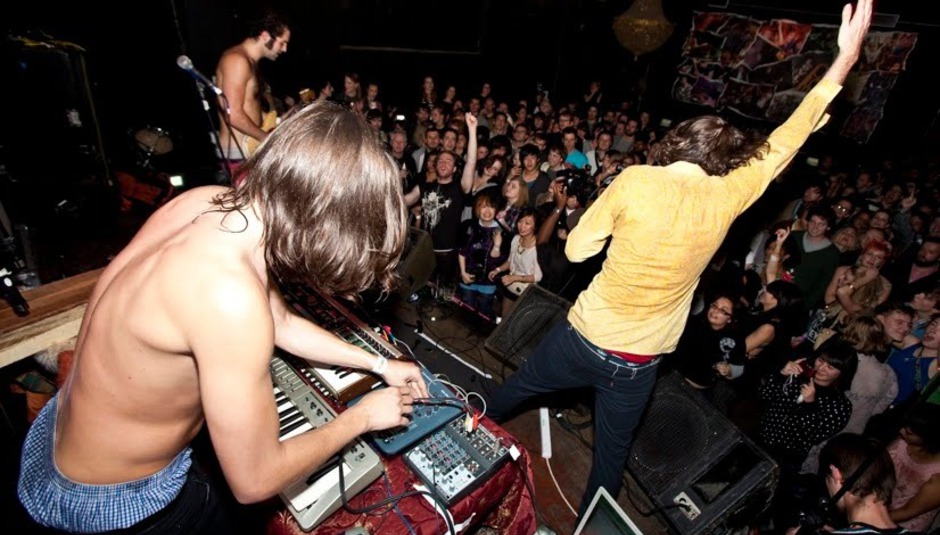 Electro-spaniards Crystal Fighters have made us a mixtape of some of their favourite tracks, ranging from Spanish punk to whirring electronica...

Frank Zappa 'City of Tiny Lines (Live in NYC)'
Genius 'the way he brings completely different genres together in a way no one else would even think to really influences us.

Las Vulpes 'Me Gusta Ser Una Zorra'
First all female Spanish punk band, Put one single together and that was the end of them. Beautiful attitude you can really feel, regardless of language or sex.

Modernist Basque Surfing'
Where modern Basque lifestyle meets the tradition of classical Basque culture. Really like the way the director has brought this together visually.

Eskorbuto 'Historia Triste'
Originally from the Basque country, but went on to be one of the most influential punk bands in all of Spain and Latin America. Came out of the post Franco Spanish punk explosion.

Txalaparta Berango'
Traditional Basque folk instrument that plays a major part of our live shows.....................not quite to these guys' level yet though.

Isolee 'Beau Mot Plage'
Such an interesting and alive record constantly changing form. Isolee is one our favourites.

Battles 'Bad Trails'
Could have taken anything from the album 'this is just one highlight from an intricate and intelligent album of wonder.

Crystal Fighters are currently on tour in the UK. MySpace