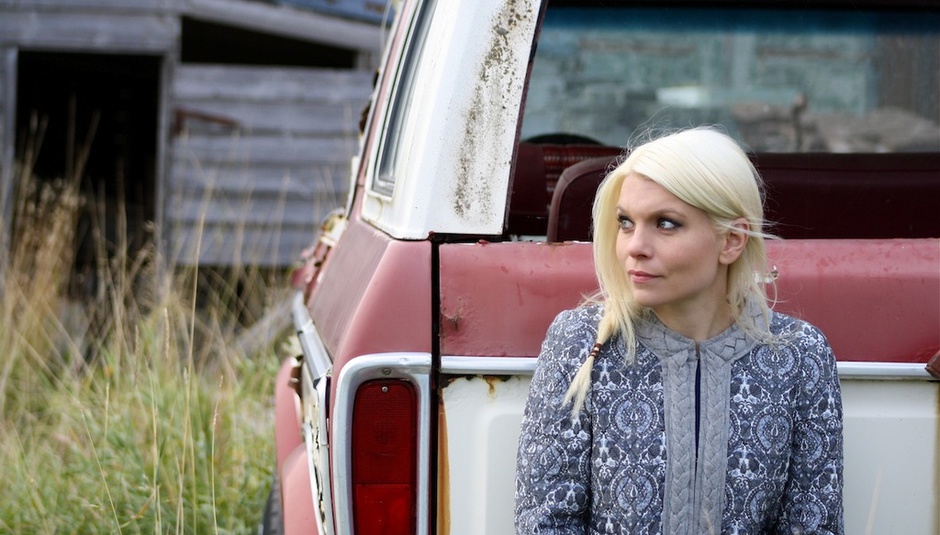 Hopefully you will have noticed that we quite like Iceland, as demonstrated by the content in our Nordic Series. Love is perhaps a more accurate description. And here's another bit of Icelandic goodness for you. We've teamed up with Inspired by Iceland to run a competition for you to win a pair of tickets to see one of the country’s best talents, the folk-pop star Hafdis Huld, play an exclusive fans-only gig at the 50-person capacity Source Below venue in Soho, London. That is happening this coming MONDAY (November 1), so you're going to have to be quick.

Now, the important part - here's what you have to do to enter. Simply drop ME a PM on this website or enter via Facebook in the comments section below, just stating "HafDiS". You'll then be considered.

Competition will close on Sunday October 31 at 1900. Click here for full terms and conditions. Be sure to check them!

As well as the competition, we've also got a little Q&A with Hafdis herself, and an exclusive video. Peek below for both. Interview by Arj Singh.

You’re on the eve of a European tour and your record has been released in the USA and Canada for the first time. What are you hoping to achieve with it?

Hafdis: It’s cool if the music gets heard by more people and hopefully it will mean that I can carry on writing and playing songs for a living. I’m looking forward to the tour, it’s been a while. I’ve been in Iceland for a little while now. But I’ll be going around Europe and then coming back to Iceland to play the Airwaves festival in Reykjavik, which is great.

We’ve heard a lot of good things about Airwaves. What’s so good about it?

Hafdis: The whole city is taken over by musicians and there are gigs everywhere. There are a lot of Icelandic people here and also a lot of foreign visitors. It’s unique because it’s freezing. You see everyone trying to be cool and they are all in Icelandic hats and mittens. It’s got the Nordic look about it even if you are a rock star.

Iceland has always been a hotbed of musical creativity. So who’s the next Bjork or Sigur Ros?

Hafdis: I look forward to hearing new things but I couldn’t recommend you any bands. I don’t listen to music enough. I like to go to gigs. At least it means I’m not going to sound like what I’m listening to at the time. I have a few old favourites. I like to see people play but I like walking up a mountain with my dog or baking a cake or planting potatoes, not listening to music. I like singing and writing so I write and play music.

But you must have some influences. Where do you get your inspiration from?

Hafdis: My mum listened to a lot of Icelandic folk music so I listened to a lot of that growing up. Dolly Parton is brilliant, I love her. I like people who tell stories in their songs. I got into a lot of old American artists like Burt Bacharach as well. I guess I do follow the tradition of Icelandic folk singers but we’re lucky because we have much better technology. My music is all about keeping stories alive, so in that way, yes. I’m proud of where I come from. I know people think it’s a cliché to talk about Icelandic nature but it’s impossibly to say that it doesn’t have any influence on you. We also have a powerful sense of telling stories, of elves and things like that, and it does have an influence on you. I don’t want to be the person to break that apart. Living in Iceland gives me a lot of inspiration. I couldn’t even say how I would be if I wasn’t here.

You’ve collaborated with a lot of people, including Tricky and FC Kahuna. Do you have a favourite?

Hafdis: I chose to collaborate with those people because I liked what they did. I don’t have a favourite but the most memorable was with Tricky. People warned me he was quite an eccentric character and could be difficult to work with. But actually they said I was quite eccentric too so it might be fine! He’s an interesting guy to work with and we were a very strange mix. He said he wanted me to sing because he saw my music video and said that I was ‘innocent enough to be Jesus’! That makes me sound pretty...Maybe I am eccentric because this is a music interview and I’m telling you that I don’t listen to music. I should be trying to impress you with all the cool famous people I know but I’m talking about mountains and planting potatoes.

The lyrics in some of your songs are quite strange, like Robot Robot, whereas others, like Action Man, seem to be more personal. Are they all autobiographical in a way?

Hafdis: “They are about my life and the people who come into my life but I wouldn’t pretend I’ve met the Human Spider! [The song Kongulo is about Alain Robert, the Frenchman who climbs skyscrapers with his bare hands and climbing shoes] My house is a bungalow so if he were here he would be very bored! I have spoken to him since I wrote the song. He said he liked the song very much and that we should maybe go for a baguette. When I go to Paris I’m going to meet him, of course I am. If you could meet the Human Spider would you not meet him? He is his own character, which I like. Most of the songs are about me or the people around me. I’m lucky because I have a lot of friends and a big family. If all the songs were about me that would mean I had a very busy life! I’ve written one really nasty song about a certain person called Plastic Halo. The chorus basically goes ‘I hope you choke on your plastic halo’. He’s a proper bad apple.

Are your songs quite cathartic then?

Hafdis: “I didn’t want to have to carry on being angry with that person so I wrote the song. That’s how I got it out of the way. I’m not the sort of person that slams doors and gets really angry. I’m a tiny blonde girl who most of the time is either crying or really happy. It wouldn’t work. I’m very emotional. I’m can cry at pretty things, sad things, films. I wouldn’t say it was more than a couple of days ago since I last cried. I have days where I can be extremely happy or days when I’m really sad.

You have moved back to Iceland after living in London for a while. That seems like a backward step for an up-and-coming musician. Why did you do it?

Hafdis: I wanted to live where I don’t have people or neighbours. I like being a little bit outside and I can work whenever I want to. I moved back to Iceland because of the people. That’s what I like the most, being around the people I love. There are loads of things for tourists here – lots of beautiful nature. Maybe they’ll like my friends and family too, but they probably won’t have the same access to them as I do.

Finally, the last time we spoke to you, you were wearing an Icelandic jumper your mother knitted for you. Do you think she could make one for us?

Hafdis: I’ll have to meet you first so come and see me then we can talk. I’ve got a big collection, probably because I haven’t grown since I was 12 years old.