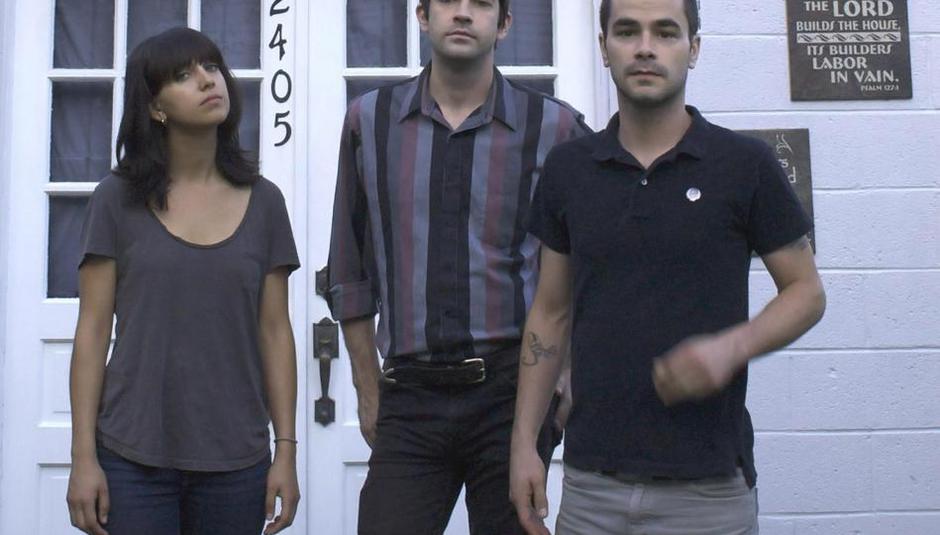 Noisy-but-very-fun trio Times New Viking have a new album lined up for release early next year and they've been working hard on it in the last little while. They've also been touring their arses off, and on these tour dates the band have been selling 7" records containing material which will feature on the new album. You may already have one of these, but perhaps not.

Now they're giving away a track on the new album, which is called 'No Room To Live'. You can download it for free by visiting their official website and signing up to the mailing list. You'll then get a link in your inbox. Click it and away you go. The track is very Times New Viking, but also a little more measured and restrained. The sort of track where you just have to soak it up. And soak it up. And soak it up.

And below is a relatively recent video for 'Teen Spirit In Hell'. Have a look at it. It moves and everything.